Home » Browse PostBourgie » Blogging Scandal: Some Thoughts Before The Finale.

Blogging Scandal: Some Thoughts Before The Finale. 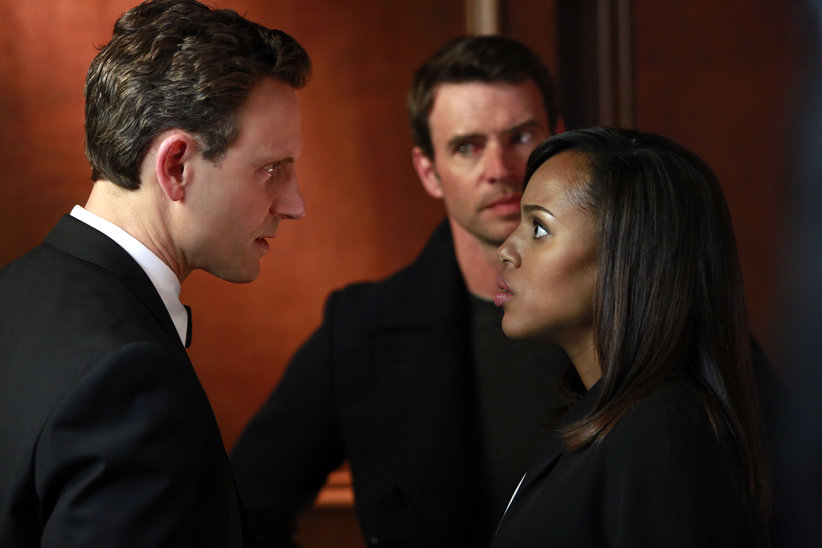 The Scandal season finale is upon us! But it’s been a particularly rocky road to this end, right? There have been many musings on how Season 3 has been uneven and even suggestions on what could be done to salvage improve the series before it returns next fall. It’s good that we’re all engaging in this kind of postmortem right now. Scandal is in trouble. It’s as deep in trouble Sally Langston was at the end of last week’s ep.

G.D. and I planned to do a regular recap of the Season 3’s penultimate chapter, but time got away. We didn’t want to leave y’all hanging, though, so below are some raw notes on the state of the show.

Feel free to comment on anything specific you find here and also to make your predictions about the fates of your faves in the comments section.

We’ll be back with a season-ending recap in the week to come!

It’s hard to care about death and threat of death in the Scandal universe because none of the characters seem in any way real, relatable, or consistently drawn. The characterizations defy the rules of writing logic — but not in good or exciting ways.

Case in point: Joe Morton’s admission on Twitter that he’s booked a new show for fall suggests he’s definitely going to die here (unless he’s just messing with us? … He’s probably not, though). We’ve spent a season with him but we have very little sense of who he really was. Is he a monster and the devil and the life-suck that Jake and Huck (and Liv, up until like two episodes ago) insist he is — or is he who he says he is: someone who “became the bad guy” because the job required it? Do his motives matter if we’re not going to see him anymore? Did he redeem his relationship with Liv *at all?* Do we care about that?

In ABC’s long-defunct Alias (from which Scandal seems to be heavily borrowing its Pope Parents plot), the writers constantly toyed with whether or not we should root for the main character’s mother or father — both both characters were so richly drawn over such a long period of time, that toying made sense. They also had palpable chemistry, loved each other, hated each other, had love-hate sex. There was a whole other show embedded in their scenes.

We get none of that with Rowan and Maya. Everything is revealed through expository dialogue — and usually much later than it should be. Suddenly, as of last episode, Maya had a lover Liv’s whole life? Liv magically remembers her mother loving that guy? And now that guy’s dead after about three scenes? Really? Liv’s mother’s scenes reveal too little of her personality when she’s not in terror mode. Who is the woman? How’d she get to be treacherous? Does she have an endgame?

If she dies, will any of us miss her? Will Liv, who’s never shared enough screen time or one-on-one conversation with her, to know what the past 20 years of her life have wrought?

Are the black characters more thinly drawn (drawn thinner?) than the others? Harrison, Liv, her parents, the Senator dude? It seems that way to me, but maybe no one is all that well-developed? Huck, Mellie, and the Prez were. Quinn got a pretty significant backstory btwn seasons 1 and 2.

I don’t think there’s anything particularly wrong with a soap that relies heavily on the cliffhanger. But if a show does, the cliffhangers have to reliably deliver. These can’t because of characterization and how little we can care about people the writers can’t be bothered to pen consistently. Huck has lost all the qualities with which we empathized; Quinn never really had any. They waited until after he tortured her to hook them up and now we’re supposed to root for their hot and heavy extended scenes? When neither of them at all resemble the people we recognized from the first two seasons?

I said of last week’s episode that Jake is the most consistent character. He came in a creep/stalker (with a heart of gold); he’s still one.

Season 3 has been really odd.

Ok. Your turn. Vent, cheer, tell us what you expect to see in tonight’s finale.