Blogging Scandal: We Do Not Touch The First Ladies. (Season 3, Ep. 12) 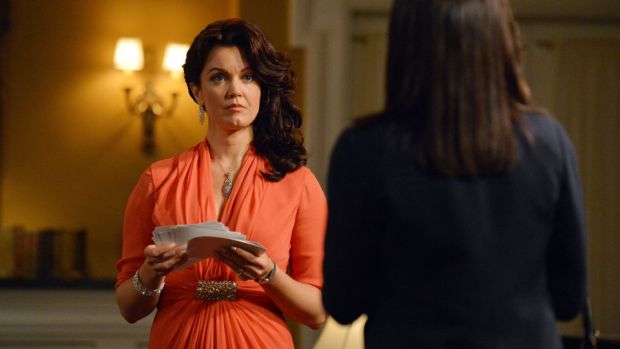 We were delinquent in putting up the recap for last week’s Scandal recap. Or, um…I guess  I should say I was delinquent in doing so. )That’s my bust, homie.)

What do you think, Stacia?

I also tweeted this last week:

Remember in Love&Basketball when Sidra hobbles up to Monica @ a party? “Never let a freshman take your spot?” Liv : Sidra :: Mellie : Monica

And now that I have more than 140 characters to flesh that sentiment out, I think that either by way of Kerry’s acting choices or due to the writers’ choices in characterizing Liv, this show as gotten away from its lead… and been delivered to Mellie (and by extension, Bellamy Young) — who was only supposed to be a recurring guest star or something at first, right?!

Now we’re rooting for her adultery and her White House jump-off.

But since we’re on that…

We gotta go get ready for tonight’s antics! Thanks to everyone for rockin’ with us, late-pass and all.