Home » Browse PostBourgie » When Bride and Groom Don’t ‘Match,’ Maybe Our Names Should?

When Bride and Groom Don’t ‘Match,’ Maybe Our Names Should? 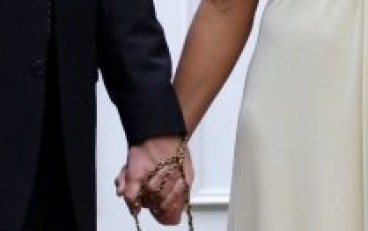 “And just who are we related to?” the dog-walking stranger said, her eyes on the blond, blue-eyed 5-year-old in the pair, but her query very much meant for the brown woman – that is, me. I returned her cutesy tone, explaining that my playmate was my fiancé’s niece, and weren’t we having fun outside?

My mind wandered to this encounter often in the weeks leading up to my wedding date: Who knew how “white” or “black” our kids would look, and did I really want to add to the potential questions by keeping my surname, as I’d planned? Married and divorced by age 24, I knew the name-changing hassles well – and this was before I’d had any career to speak of, bought property, or written under a byline. Now, verging on 30, I was suddenly unsure. There were plenty of mixed-race couples among my friends, and their horror stories – from routine “are you the nanny?” incidents to confusion at hospitals and schools – made me think perhaps eliminating at least some drama was worth the reams of paperwork.

Of course, women have been agonizing over this choice since the trailblazing decision of abolitionist and suffragist Lucy Stone to keep her name in 1855. In a not-so-happy twist, she found herself disenfranchised by her choice when voting officials rejected her enrollment under her “maiden” name instead of her husband’s, even though he fully supported her decision. We 21st century women have it much easier, to say the least, but the trend stories have many different things to say about the end result.

A small sampling: After steady increases, the percentage of women keeping their names after marriage peaked in the 1990s at about 1 in 5 women, researchers proclaimed in 2009, and has since been declining.  No, wait: More women are keeping their names, after all, according to a Facebook study from last year  that was widely reported but far from scientific. And in the stating-the-obvious category, a 2010 report found that older brides were more likely to keep their names – what with those long résumés and kids from past marriages – and that more religious women were more likely to take their husbands’ names. 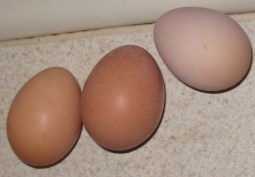 For me, a decision that had been so certain became a serious quandary. Once the mixed-baby question reopened the case, the subtle, self-induced pressures of feminism and my own (competing) romantic notions tipped me into a near-constant feedback loop right up to our wedding day. All the while, to his credit, my husband-to-be remained his easygoing, progressive self: Your call, babe – I just want to marry you.

Reader, I took his name. And two years later, when I gave birth to a pink, blue-eyed baby, I was glad to have it. Lucky for me, the kid’s eyes were brown by the time we left the hospital, and age has given him a nice “perma-tan.” More than two years in, I can’t easily recall the last time some stranger found a not-so-subtle way to ask if he was my child.

Still, it’s nice to hand over health insurance cards with matching last names, to go through airport security without an awkward examination of our passports. I have plenty of occasions to remind myself just how nice it is, in fact, when I’m haggling with a utility that still has my maiden name on file, or a doctor’s office, or a credit agency, or a drugstore …

Latest posts by Mediatress (see all)