Home » Browse PostBourgie » Your Random-Ass Roundup: The Wait on Their Shoulders.

Your Random-Ass Roundup: The Wait on Their Shoulders. 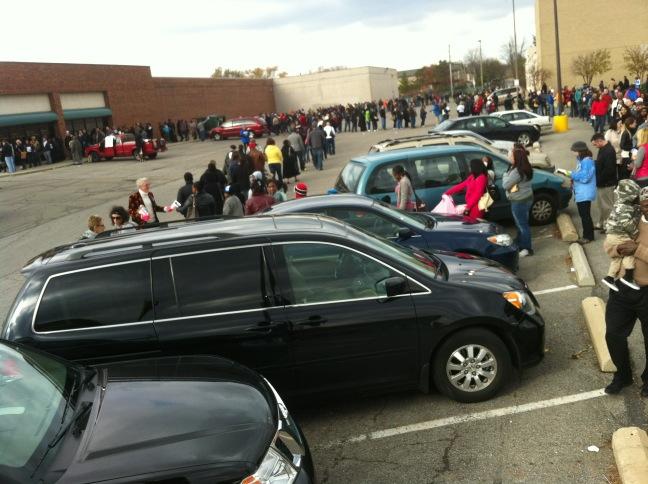 My roommate’s sister is driving four hours, maybe more, from Baltimore to North Carolina in order to vote tomorrow. A good friend took a raincheck on hanging out so she could dart back from Brooklyn to Philly — she’s still registered to vote in Pennsylvania. ( “I was gonna change and then I thought Pennsylvania would need my vote more than New York,” she said, acknowledging the realities of living in a uncompetitive state.)

Alberto Ibarguen, the president and CEO of the Knight Foundation, live-tweeted his three-hour wait to vote early in Miami.

After a 3 hour line, finally at entrance to City Hall. Long line of voters still behind me @ Miami City Hall instagr.am/p/RlDOsXkFro/

These folks are professionals (and Ibarguen is obviously especially well-heeled), so they can tinker with their schedules, use paid-time off or whatever, to go cast their ballots. But for lots of poor and working-class people, voting can be a serious burden; going to vote early can mean waiting in line up to seven hours, forcing folks to choose between voting and receiving a day’s pay for their work. And this is early voting; Election Day voting is a Kafkaesque nightmare of a different order.

The Atlantic’s Andrew Cohen says that these interminable, costly waits are hardly accidents.

It is happening by partisan design. Alarmed by the strong Democratic turnout in early voting in 2008, Republican lawmakers, including Governor Rick Scott, reduced the number of early voting days from 14 to eight. When the restrictions were challenged in federal court under the Voting Rights Act, a three-judge panel said they would have a discriminatory impact upon minority voters. But only five of the state’s 67 counties are covered by the federal civil rights law.

When the remaining restrictions were challenged in federal court, a George W. Bush appointee said there was no proof that the reduced hours would “impermissibly burden” minority voters. How many hours in line must a Florida voter wait before the burden upon her becomes an “impermissible” one? If Florida’s election officials, and its Republican lawmakers, and its state and federal judges, all were required to stand in line for seven hours to vote those long lines would go away forever.

In 2008, black churches in crucial swing states like Florida and Ohio organized “Souls to the Polls” drives, in which folks would go en masse to vote early following Sunday service. It helped bolster black turnout in those states — both of which Barack Obama won — and many of those pastors felt that the new, stricter early voting schedules for this year were designed to dampen turnout among Democratic-leaning constituencies. In 2008, black people were overrepresented among Ohio’s early voters, at about 28 percent, according to a study by a voting rights group there. In Cuyahoga County, where Cleveland is located, African Americans made up 56 percent of all early voters.

Cohen suggests national rules that require all states to allow for at least 10 days of early voting before Election Day, and expanding the Voting Rights Acts powers to make sure all election officials have to justify changes to their voting guidelines. (Right now those rules only pertain to certain jurisdictions with histories of voter disenfranchisement.) But he isn’t sanguine about it.

“If I’m around in 2016 I bet I’ll be complaining about the same injustices,” Cohen wrote. “In my lifetime, little has changed in America but the forms of indignity we all seem to tolerate when it comes to another man’s right to vote.”