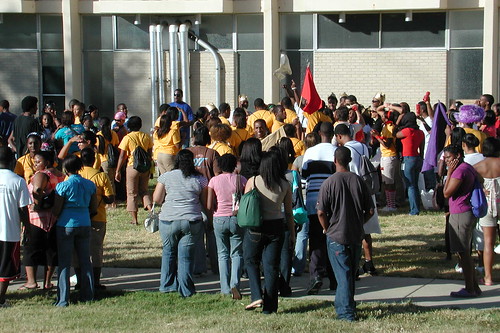 They ridin’ round/they gettin’ it…

Obama’s pulling ahead in Wisconsin, and Nate Silver thinks it may be worry time for Team Romney. “But if Mr. Obama is having days like this in the polls a week from now, then Mr. Romney is either going to be banking on an exceptionally lopsided turnout, or some sort of October surprise. Either is a possibility, but not one you’d want to put a lot of money on.”

Lots of Latin@s in Arizona are on edge as the Grand Canyon State’s harsh anti-immigrant law went into effect today.

Working class white people are frustrated by everything.

Frank Rich spent a week only ingesting conservative media, and found that the base is none too pleased with the GOP leadership. (They didn’t mention the tea party once in primetime during the RNC.)

Gizmodo looks at the lives of webcam girls and the industry they work in. It’s all about as sketchy as you’re thinking.