Home » Browse PostBourgie » When Most of the Pie Is Not Enough.

When Most of the Pie Is Not Enough. 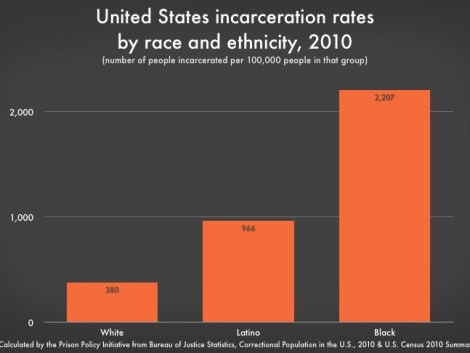 Some white respondents to a Tufts study on discrimination apparently read this graph's title as "Career Major League Hits."

A recent Tufts University study found that white folks believe they are more likely to be the victims of racism than Negroes:

Whites believe that they have replaced blacks as the primary victims of racial discrimination in contemporary America, according to a new study from researchers at Tufts University’s School of Arts and Sciences and Harvard Business School. The findings, say the authors, show that America has not achieved the “post-racial” society that some predicted in the wake of Barack Obama’s election.Both whites and blacks agree that anti-black racism has decreased over the last 60 years, according to the study. However, whites believe that anti-white racism has increased and is now a bigger problem than anti-black racism.

“It’s a pretty surprising finding when you think of the wide range of disparities that still exist in society, most of which show black Americans with worse outcomes than whites in areas such as income, home ownership, health and employment,” said Tufts Associate Professor of Psychology Samuel Sommers, Ph.D., co-author of “Whites See Racism as a Zero-sum Game that They Are Now Losing,” which appears in the May 2011 issue of the journal Perspectives on Psychological Science.

“These data are the first to demonstrate that not only do whites think more progress has been made toward equality than do blacks, but whites also now believe that this progress is linked to a new inequality – at their expense,” note Norton and Sommers. Whites see racial equality as a zero sum game, in which gains for one group mean losses for the other.

I’m really interested in knowing in which ways the respondents who are worried about this supposed reverse racism see it manifesting in their lives. Are they suddenly being saddled with ornerous mortgage terms regardless of their credit histories? Are they being pulled over, en masse, for “fitting the profile”? (“Some burglars have been knocking over J. Crews in Bethesda, and you look like a person of interest…”)

What’s so funny about charges  of “reverse racism” from blacks to whites takes place in a country where the black population is in the low teens, percentage-wise. That means that most white people  in the U.S. don’t actually interact with any black people (at least in ways that are not mediated by technology). And yet all these black folks they’ve never met (like the ones holding down U.S. Senate seats and running banks, natch) and their allies in the forcible institutionalization of Negritude are keeping white people from…something.

If you’re being charitable, you could say that this sort of subtly aligns with what anti-racists say all the time about discrimination being much bigger than being on the receiving end of some ugly personal bigotry, since again, most white folks have pretty minimal contact with any black folks who could presumably say really mean things to them in passing.  Racism is systemic, and requires systemic responses!

Or not. This is prolly just about Obama.