The Fluidity of Race. 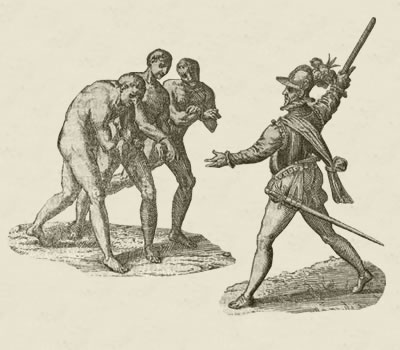 Elahe Izadi at DCentric points to a post by Matt Yglesias about that profile of him and other bloggers in The New York Times a few weeks back:

When the New York Times recently did a piece on me, Ezra Klein, Brian Beutler, and Dave Weigel exactly zero people complained about the massive over-representation of people of Latin American ancestry that reflected. People saw it as a profile of four white dudes. Which is what it was. But my dad’s family is from Cuba, Ezra’s dad’s family is from Brazil, and Brian’s mom’s family is from Chile. That’s kind of a funny coincidence, but the combination of continued immigration and intermarriage means that over time a larger and larger share of American people will be partially descended from Latin American countries. That will probably change various aspects of American life in various ways. But we’re not going to become a predominantly Spanish-speaking country, race isn’t going to stop being a social construct, and it won’t cease being the case that the primary “race issue” is the gap between black people (almost all of whom are in part descended from white people) and a fairly miscellaneous group of socially dominant whites.

The prompt was a story about the growing numbers of Hispanic and Asian children. Izadi writes:

Yglesias, although pointing out the Latin American roots of the Times profile subjects, does write it was indeed about “four white dudes.” But perhaps that’s just as much a reflection of how the world views young men like these as how they view themselves. Maybe even more.

That’s important. And I would say this: Race is a really fluid concept in which context matters, and that’s probably true nowhere as much as it is in the Americas. Jamelle Bouie often makes the point that in America, the divide that tends to matter is that between black and non-black, and that generations of Hispanics and Asians are likely to one day be counted as whites just as Italian and European Jewish immigrants moved into whiteness in the last century.

But the concept of Latino-ness is more complicated, and always has been. The truth is, Europeans moved to Latin America and created an arbitrary racial hierarchy and put themselves at the top, much as English settlers did in North America. The major difference was that the indigenous peoples and mixed-race descendants of both groups always claimed a bigger share of the population than they did here. The truth is, being a descendant of Europeans in Central and South America conferred a massive amount of power onto some until fairly recently. Coming to the United States later rather than sooner would alter that, of course. But our tendency to simplify what it means to be Latino also crowds under one umbrella histories of privilege and histories of oppression.

My own grandmother was Portuguese and her family settled in Hawaii and, later, in California. She married my grandfather after he went to pick oranges in California with his family during the Dust Bowl, and they came back to Arkansas when they had enough money to reclaim the family farm from the bank. Had her family immigrated to Brazil instead, that would have changed my family history significantly. I’m less sure, though, whether this would have made me less white. I don’t know anything about the particular histories of these four men, but I just want to make the case that the way the world perceives us matters in how identity is constructed. We want to recognize diversity of history, but we also need to recognize when race is a discriminatory tool against people with dark skin and make sure we always view these things as complicated rather than just geographic.