Scheming on that Green. 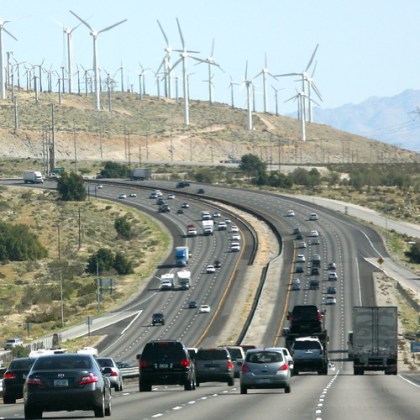 If you remember back to the ’08 campaign, Hillary Rodham Clinton and Barack Obama were both touting the importance of creating “green-collar” jobs as a kind of economic and environmental silver bullet.  These jobs in wind and solar energy would help wean America off of fossil fuels and foreign oil, would put retrain skilled laborers and put them back to work, and as an added bonus, they couldn’t be shipped overseas. (Van Jones even argued that those jobs could make a dent in the intractable unemployment rates for black men in inner cities.)

If you get a  chance, you should really holler at my blogmate Monica’s very good long-form piece over at the American Prospect on how that promise is going unrealized. The Obama administration has given money to community colleges across the country to train these new green workers, who get certified only to find that there aren’t any jobs awaiting them. Why? Because as long as there’s foot-dragging on major climate legislation that creates some kind of incentive for folks to move away from cheap, dirty fossil fuels,  there’s never going to be enough demand for companies that, for example, build wind farms and need “green-color” technicians for their upkeep. (If climate legislation had any chance before, it’s almost certainly dead now thanks to the newly emboldened Republicans in Congress.)

You should really read the whole thing.