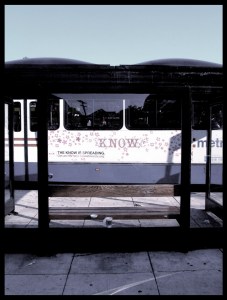 Maybe my standards are low (actually, they probably are), but this interview Amanda Hess did with Justin Goforth, community health director at the Whitman Walker Clinic, kind of blew my mind with its humanization of young gay black men:

For a sexual health provider like the Whitman-Walker clinic, getting HIV/AIDS prevention and treatment to black, gay men is particularly challenging. “In the black community, there has been a historic lack of access to healthcare, which leads to a lack of trust in the healthcare system,” Goforth says. “Many black men who have sex with men also don’t associate themselves with the gay community, because the stigma in the black community is much larger than it is in the white community.”

In order to provide care, the Whitman-Walker Clinic also must contend with the District’s cycle of poverty, which manifests itself in patterns of infection. “In the black gay community, very young black men tend to have their first sexual experiences and relationships with older black MSM,” Goforth says. “It’s a very resource-driven situation. For young black MSM from urban areas, their peers don’t have the resources that they need—a place to stay, food on the table, pay my cell phone bill.” So when these young men come out, they risk losing the financial support of their families, and will “generally turn to older black men who have resources” for relationships, Goforth says.

And those relationships can create a power imbalance that denies these young men sexual agency. “Young, black MSM in this situation feel like they don’t have the power to say, ‘I want us to use condoms, I want to protect my body, I want to have safe sex,’” Goforth says. “It’s this really bad repeating cycle of older black MSM infecting younger black men, who are then aging into the over-30 age range, and are being sought out by younger men. That scenario is very scary.”

One in three black men who have sex with men in DC are HIV positive. One in three.

All of the moralizing over sexual promiscuity and handwringing over the downlow myth won’t do anything to address the problem. That being: HIV exists, and it’s more likely to be contracted by those who lack the agency to protect themselves against it. And you know who lacks agency? People who have been historically and systematically faced with barriers to healthcare, wealth, and education. This includes both the young men Goforth talks about, and the young black women whose rate of contracting the disease has skyrocketed in recent years.

Maybe part of the solution lies in getting schools more involved, as Goforth suggests. One problem may be that kids don’t have the vocabulary or space to talk about healthy sexuality, yet they see examples of high risk behavior all around them. And the only alternative offered to that high risk behavior is slut-shaming or gay-shaming or not talking about sex at all. But again, that doesn’t help the young men and women who only have two options: submit to their partner’s sexual terms or lose resources.