Home » Browse PostBourgie » Read This, Before You Suffocate.

Read This, Before You Suffocate. 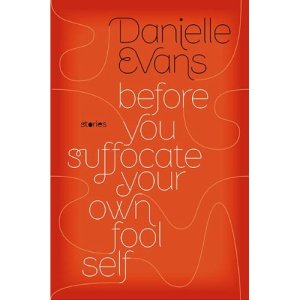 In Stores Sept 23 By Riverhead Books.

I first stumbled across Before You Suffocate Your Own Fool Self,  when its author, Danielle Evans, a 26-year-old professor of creative writing and literature at American University, wrote two blog posts about MFA programs that were tweeted by a friend of mine, and I found myself saying “yes!” multiple times out loud when I read them. They’re entitled Smart Conversations About MFA Programs, and Stupid Conversations About MFA Programs, and I suggest that anyone interested in an MFA, or maybe just curious as to why anyone would put themselves through 2-3 years of an “art degree” take a gander at them.

Back to the book. There are plenty of reviews on the internets of this collection that call it an “examination of African American life today” or employ some other amorphous race-related descriptor without really unpacking what they mean. Evans’s stories feature a variety of characters who are navigating girlhood, young womanhood and even what it means to be a young twenty-something man. I’d say Evans is writing from a place where race and class are often realities, but they’re by no means the end-all be-all of how characters interact or see themselves in the world. There’s no suggestion of a black monolith to be gleaned out of this collection, so if that’s what it means to depict African American life today (and I’d say it does), then Evans is on the money.

In “Virgins,” a story originally published in The Paris Review in 2007, two sexually-curious Mount Vernon, NY teens wind up in over their heads when they borrow IDs and go clubbing in the city. It’s straight-up coming-of-age (during the year of Tupac’s murder), but with a heavy dose of personal accountability; the narrator knows she’s not making the best choices, but she sees them through anyhow.

Though most stories are told through a retrospective lens, they have a feeling of immediacy. This is because Evans’s characters are really, really smart. They’re introspective, they struggle to live up to their own moral codes, and are aware of their emotional baggage. Throughout this collection we see characters make crucial, sometimes tragic mistakes, but they do it without flinching. They do it because they refuse to be vulnerable, other times because they’re tired of pretending to be perfect, and still other times because, well, mistakes are what people make sometimes.

In “Someone Ought to Tell her There’s Nowhere To Go” Georgie, an Iraq War vet, tries to turn back time on an old relationship and ends up telling a small lie that has far-reaching consequences. As heartbreaking as these types of outcomes are, there’s a sense that the characters are down but not out;they’re young, and Evans’s endings hint that redemption may come a lot sooner than they think.

There’s a sense of movement in these stories, partially due to the fact that they take place from Boston to Tallahassee and many points in between. It’s also due to the fact that characters constantly move through various social worlds. In the hilarious and heartbreaking “Robert E. Lee is Dead,” Crystal, the only black honors student in her school, is finally asked her opinion by a group of black athletes and cheerleaders. She puts down her copy of The Souls of Black Folk and consciously uses her “newly credible Eastdale voice” so they take her seriously. The result is instant, albeit tenuous acceptance from the cool black kids, complete with the new nickname CeeCee.

Evans does funny quite well, but in a way that’s less about punch lines and more about how humor exists in even the grimmest of situations.  In “Jellyfish,” Eva, a bisexual sculptor who is in-between apartments and lovers, calls out her white ex-boyfriend for what she sees as an “artistic brown girl fetish.” When he tries to defend himself, Eva replies, “Right, she’s a painter. And a different kind of brown. Watch out though, Arab is the new black.”

The title of the collection is a line from The Bridge Poem by Donna Kate Rushin. Evans explains its significance thusly:

…There’s an element of the title that’s confrontational, that’s directed at the reader, saying something to the effect of try to understand my experience before you drown in your own, which seems fitting in a collection that is somewhat concerned with characters who don’t often get to tell their own stories in their own words.

Evans is currently working on a novel, The Empire Has No Clothes, and I’m excited to read it because I think she has a novelist’s sense of depth. A character’s past plays an active role in the way Evans’s stories unfold, and I think in a novel we’d get to delve deeper into how characters’ pasts have shaped their present lives.