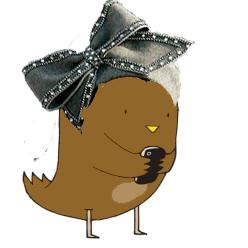 Farhad Manjoo writes about how black people use Twitter, and, more specifically, the prevalence of black-created hashtags on the site:

Black people—specifically, young black people—do seem to use Twitter differently from everyone else on the service. They form tighter clusters on the network—they follow one another more readily, they retweet each other more often, and more of their posts are @-replies—posts directed at other users. It’s this behavior, intentional or not, that gives black people—and in particular, black teenagers—the means to dominate the conversation on Twitter.

The Slate piece, despite its cringe-inducing title, is not a bad bit of analysis of a subgroup of black people who use Twitter. It’s undeniable that there are generally one or two top trending topics (especially late at night) being primarily used by black people. The question Manjoo seems to be trying to answer is why black people dominate the conversation on Twitter.

One of the people Manjoo interviews, Brandon Meeder, seems to be on to something. Meeder proposes that the tightly interconnected black communities on Twitter send certain hashtags spiraling upward. Speaking anecdotally, I’ve seen this happen many times. Although there are several very popular black twitterers that I choose not to follow, the same can’t be said for other black twitterers I do follow. Hashtags, some very tempting to join in on, creep into my Twitter timeline regularly.

Merits of the piece aside, what troubled me on first read was that Manjoo quoted only men — four popular male twitterers served as the voice of blacks in the piece. While they all had valuable insights to offer, it’s frustrating to read yet another piece about black people that only quotes black men. I e-mailed Manjoo about this, and he acknowledged that as a flaw in the piece, but I’m looking forward to a day when I don’t have to call someone out on something so simple.

But what bothers this black twitterer more than any of that is this: that the story was clearly written with a befuddled and bemused white audience in mind. This notion exists that the ways of black folks are so very mysterious that it takes a brown man — Manjoo basically serves as a bridge — to explain them to whites. But one of the explanations is pretty simple: black people on Twitter, just as they do in real life, maintain tight-knit communities where they trade jokes, bicker, and play with each other. The same could be said about any other community using the site. I’ve seen many a journalist-oriented hashtag show up in my timeline.

Young black people on Twitter are right on trend. That is, when a large percentage of a racial group is young and doesn’t have a lot of money, they’re going to dominate a free service that ties in perfectly with their most common mode of communication. Manjoo concludes: “Given that these hashtags are occurring in a subgroup of black people online, it is probably a mistake to take them as representative of anything larger about black culture.”

He could have left the “probably” out.