Home » Browse PostBourgie » Besides the Bon Mots, What’s the Point of the Kagan Hearings?

Besides the Bon Mots, What’s the Point of the Kagan Hearings? 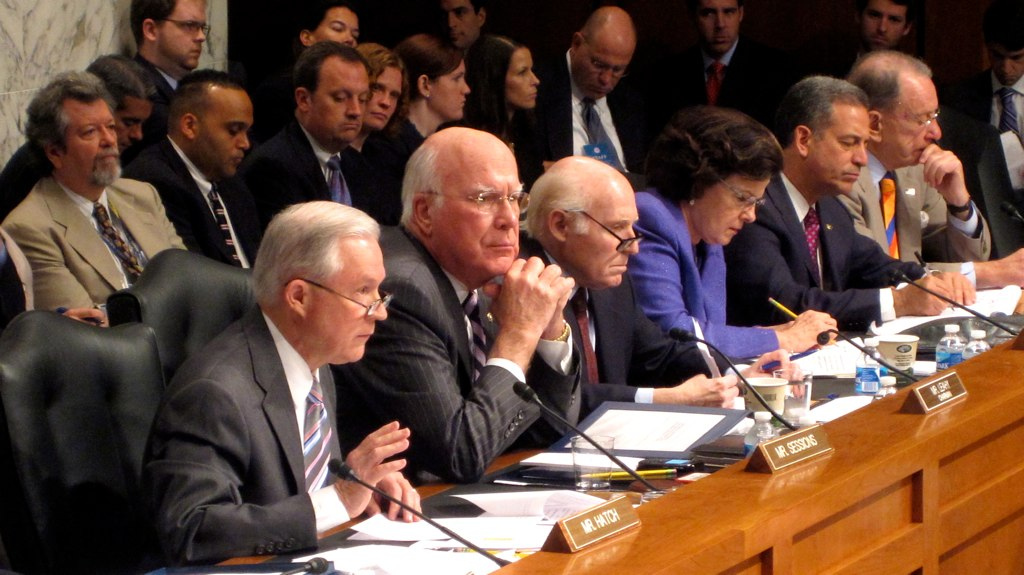 With only 19 percent of Americans aware [PDF] that Elena Kagan is the nominee being confirmed to the Supreme Court this week, it’s not a surprise that some are questioning the usefulness of the Senate Judiciary Committee confirmation hearings.

While Newsweek calls the hearings “boring” and “unilluminating,” The New York Times reports that, despite what the “legal elite” may think, a new study proves the confirmation questioning does serve a purpose:

[The study] shows that the hearings often address real substance, illuminate the spirit of their times and change with shifts in partisan alignments and the demographic characteristics of nominees.

Much of this is true. The long speeches the senators make before beginning the questioning certainly do give the audience and historians a sense of the concerns and hobbyhorses of the current Congress. And it’s no shock that the hearings prove that women and nominees of color are questioned more closely than white males about their “judicial ideology,” as the Times notes.

But Newsweek is also right: the hearings are boring (occasional Kagan bon mot aside). That might not matter so much if they illuminated more than what the Senate Judiciary Committee is thinking. The problem is that these questions about judicial ideology do little to predict how a nominee will behave once he or she is actually on the bench, and, of course, do not reveal a potential for ideological drift. Justice John Paul Stevens, whom Kagan is replacing, drifted significantly to the left in the 1980s, and other current justices have drifted slightly left or right. There’s even a theory that spending time on the Supreme Court makes justices more liberal when it comes to individual rights.

Besides, as Christopher Eisgruber pointed out last year after the Sonia Sotomayor hearings, nominees have little incentive to reveal their views, since, “About 85 percent of nominees to the Supreme Court have been confirmed. The numbers get even better when, as now, the president’s party controls the Senate.”

While there is very little doubt that Kagan will be confirmed, it seems very unlikely that the Senate confirmation hearings will ever be particularly useful for revealing what the nominee may do after joining the Court.