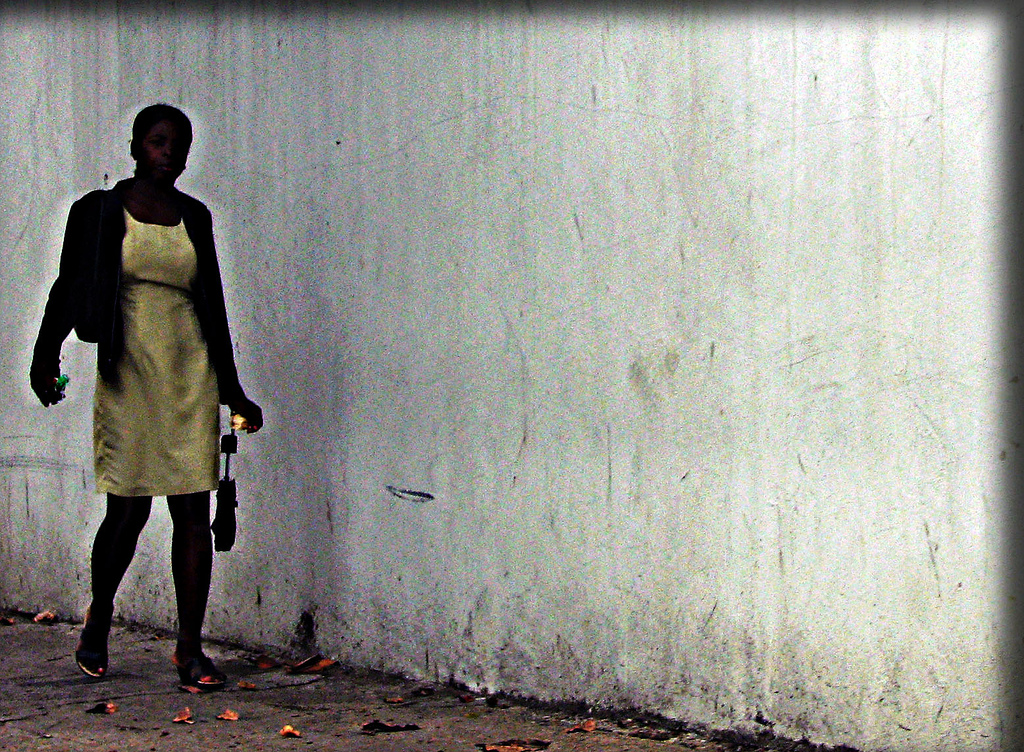 I wrote a post for Ta-Nehisi earlier this week that got a lot of discussion and was even picked up by Andrew Sullivan. I’m excited about it not just because my name was all over the innanets for a day, but because it drew attention to something that people don’t talk about widely enough: street harassment. I highlighted Holla Back DC, a blog I’ve been reading a lot lately:

Taken objectively, [Holla Back DC is] an amazing collection of often very short accounts of street harassment, written by harassees who are mainly women. They can be as simple as a few sentences describing a man saying things like, “Damn, baby. I thought you were coming to see me. Mmm, mmm.” They are sometimes longer tales of harassers saying they want to rape the harassee. And there are stories of men groping and assaulting women.

But HBDC is more than just a place to tell stories. Each post includes the location and the time of the incident. (They also have a pretty interesting anti-racism policy that says contributors should leave out race as a factor unless it’s a constructive contribution to the story.) And the blog has increased awareness of perps, like one post where a woman took a photograph of the man who took an upskirt photograph of her the day before. Eventually he was taken into custody by the Arlington police.

One thing that nearly all of the posts have in common is an acknowledgement of the effects that street harassment have on women. Most write that they felt shaken, angry, helpless, or tearful after an incident. They write that it took time for them to pull themselves together. That’s the thing I think many men don’t understand about the harassment: it completely strips a woman of autonomy and it forces a reaction that lasts long after the incident is over. Many times, harassers are seeking a positive reaction, and when they don’t get that, they turn to calling the woman they complimented moments earlier a “bitch.” And either way, the woman has been forcibly dragged out of her own thoughts. That’s why so many women studiously ignore all strangers on the street, I think. It’s a form of insulation from getting shook.

To add a bit more, it amazes me that so many men are oblivious to the kind of thing that happens to most city-dwelling women several times a day. And one thing a few people highlighted in the comments is that women will frequently alter routes to avoid it. I’ve done that, and just accepted it as the price I had to pay. But I don’t accept that any more.