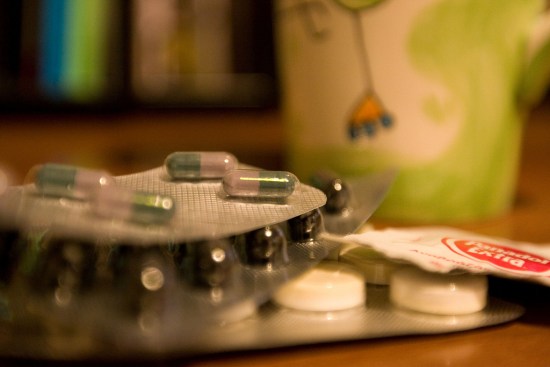 Late last year, I blogged about the NYC Paid Sick Time Act for TAPPED. At the time, the city council bill was being framed as a public health issue, post-H1N1 and seasonal influenza scares.

Yesterday I had the frustrating experience of listening to the Brian Lehrer Show — while home sick, myself — as the bill has been revised to make it more palatable to business owners and its opponents in the city council. It seems that there is little opposition to it now that it’s about half as restrictive as it was: instead of companies with 10 employees or more being forced to provide nine paid sick days, the ball has been moved to a minimum of 20 employees (companies with 19 or fewer employees are to provide five days off).

Debating the bill on the show were John Petro of the Drum Major Institute on the side of the act, and Robert Bookman of the 5 Boro Chamber Alliance on the other side. Bookman’s group, while it doesn’t oppose the bill any longer, wants taxpayers and/or employees to ‘chip in’ on the eight cents/hour that employers will have to spend. Bookman argues that the bill is a “social mandate” and should be funded by the government. There are a lot of reasons why this is absurd, not the least of which is the example of San Francisco, where the only complaints about the new law were from employees who said their days were not arbitrated correctly by employers. Small businesses did not collapse in SF, and the city itself had a lower rate of unemployment post-recession than surrounding counties that didn’t have the law.

Over the course of the debate, Bookman got louder and more ornery, complaining about “paid hangover days” and saying flippantly that everyone has gone into work sick at some point. That may be true, and I know I’ve done it, but everyone should also have the opportunity to stay home to recover — just like I am now. And I’d go so far as to say that I need my 16 days of sick time less than a lot of low-wage workers do. I have health insurance, I don’t work a physically demanding job, and I’m not interfacing with people constantly (one commenter said she was a nanny who had gone into work sick so her employer, a working mother, wouldn’t have to take time off herself).

But, in perusing the current bill, I found that a provision I originally praised the bill for was eliminated. From my TAPPED post:

The bill expands the definition of sick time to explicitly include time off to “deal with health and safety issues arising from domestic or sexual violence.” Given that women are overrepresented in low-wage jobs, they would stand to benefit most from the bill, should it become law. And this specific provision is critical as poor women are also more likely to suffer from domestic violence at the hands of a male partner. Giving them the ability to take time off, without repercussions, to take care of their health and handle legal issues is a fantastic, if much-belated, progressive step.

This has been completely removed from the text of the current bill.

The weakening of this bill — decreasing the number of days many business will have to provide, and removing a provision that gives abused, assaulted, and stalked women a chance to take time off to deal with safety issues — will disproportionately affect women. Women are more likely to be poor and to hold low-wage jobs in the private sector, and poor women are more likely to be abused. Plus, sick time is something that women — who are usually primary caregivers — often take so they can care for their sick children.

However, despite my disappointment in the current state of the bill, and — if NYC council member Gale Brewer’s remarks are any indication (“”We made revisions and we plan to make more.”) — the future state of the bill, I’m optimistic about what it will do for workers in the city. By normalizing sick leave as something all* workers receive, regardless of income, all will benefit.

*Of course, it’s highly unlikely that undocumented workers, often found in restaurant kitchens, will benefit at all.