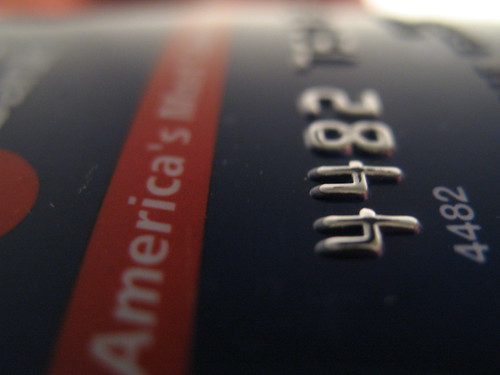 via The Consumerist; used under Creative Commons.

There are a few things in personal finance as aggravating as overdraft fees: you make a $55-dollar purchase with your debit card, and you only have $53 in your account. Your bank honors your charge anyway — for a $35 fee. In theory, customers willingly sign up for the service in order to avoid embarrassment at the register. In practice, though, many banks enroll their customers in the programs without telling them and assess charges to their accounts out of sequence in order to force them into overdrafting their account. Banks have been leaning more on fees to shore up their bottom lines after the banking crisis forced them to find new revenue streams. So it’s hard not to be happy about Bank of America’s  announcement that it would eliminate overdraft fees, which might force other big banks to do the same.

But one of the less-discussed consequences of bank fees is how they help promote instability for people on the lower-end of the socioeconomic scale. Many of the traditional barriers to banking access have eroded over the last decade, with branches sprouting up everywhere and putting people in traditionally underserved communites in position to open bank accounts. But the proliferation of banks in poor neighborhoods has done little to keep the unbanked from opting for “fringe banking services” — check cashing services, payday lenders, and the like. Those institutions charge onerous fees of their own, but unlike the big banks, their fees are explicitly outlined. Customers may cough up $12 for the privilege of cashing a $300 check, but it makes more economic sense than being stuck with miscellaneous surcharges over the course of several weeks for not maintaining a minimum balance, withdrawing money from an ATM,  writing a check, or overdrafting your account — penalties that accrue much more easily and be much more disastrous when your life is inherently unstable.

If banks moved away from the dizzying constellation of fees they currently dish out — unlikely, to be sure — it would result in more money remaining in the hands of the people who need it most. As it is, this is another example of the many added costs that come with being poor.