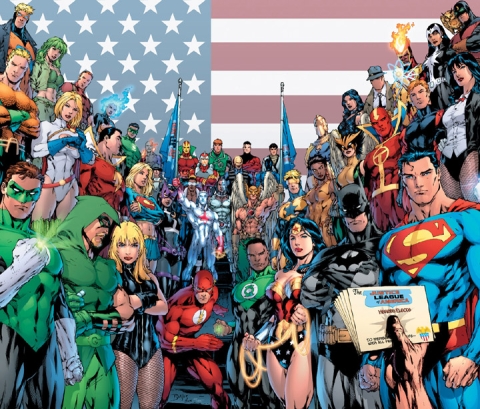 A version of the Senate I would also accept.

Foreign Policy’s Annie Lowrey pens an opinion piece for the Washington Post, and presents some awesome alternatives to the Senate we currently have:

Imagine trying to convince someone — Michael Bloomberg, perhaps? — to be the lonely senator representing the richest percentile. And what if the senators were apportioned according to jobs figures? This year, the unemployed would have gained two seats. Think of the deals that would be made to attract that bloc!

Or how about if senators represented particular demographic groups, based on gender and race? White women would elect the biggest group of senators — 37 of them, though only 38 women have ever served in the Senate, with 17 currently in office. White men would have 36 seats. Black women, Hispanic women and Hispanic men would have six each; black men five; and Asian women and men two each. Women voters would control a steady and permanent majority — making, say, discriminatory health-care measures such as the Stupak Amendment and the horrible dearth of child-care options for working mothers seem untenable.

If we take a multiverse approach, it may mean that, for continuity’s sake, a sort of Crisis of Infinite Senates is in order. And if so, my vote is for the Demographic Representation Senate to become canon.