Home » Browse PostBourgie » The Ebony Archives: ‘My Skin Was Once Dreadfully Drab!’

The Ebony Archives: ‘My Skin Was Once Dreadfully Drab!’ 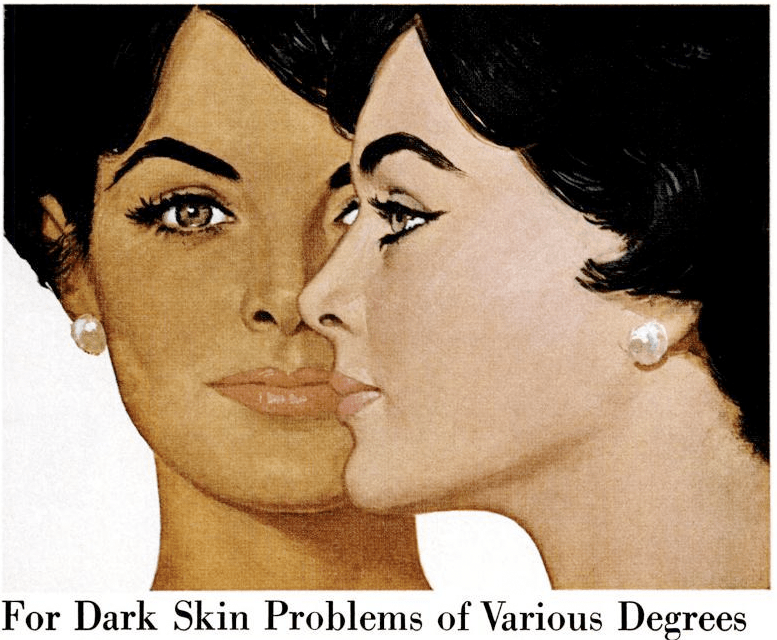 On Friday, I gushed a bit over the Ebony archives that are available online. As I perused them over the weekend, I found lots and lots to think about. For one, the visuals of the magazine were amazing. It was the Negro answer to Life magazine. Celebrity profiles, human interest stories, and dozens of images. The ads were just as visually appealing. Well, some were appalling. 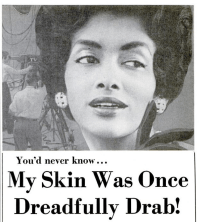 Most appalling are the prominent skin lightening ads. There were so many that I spent a few hours compiling my ‘favorites.’ Oddly, despite their prevalence, most of the skin bleaches weren’t advertised to change skin tone overall; they were ostensibly created to lighten dark skin patches like elbows, age spots, and acne scars. But in contrast, the imagery on most of those ads was a latte-colored face, accompanied by euphemisms for whiter skin like a promised “brighter” and “creamier” complexion. And nearly all of them swore that the product would create an ‘even tone.’ It almost seems like the advertisers knew their buyers weren’t using the creams on their elbows, but they also knew that promoting an outright desire to be white was unacceptable.

This dual deception is almost entertaining. It was also the norm for personal care ads (Massengill, Norforms, etc.) for decades. Both producer and consumer knew what the product was really for, but neither wanted to admit it.

Anyway, on to the ads.

First up, while it seems that by the 60s, products that glorified total skin lightening were out of vogue, in 1959, there was this gem: 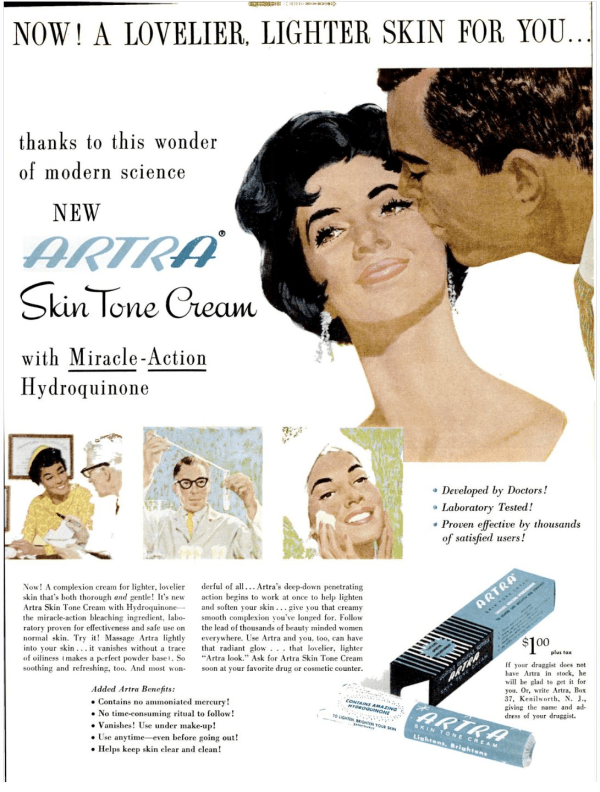 In 1962, there was even a skin cream called “White’s Specific.” Sure, the company may have been founded by someone named White. But it also is a convenient moniker for a skin bleacher:

In 1964, there was this ad, with extremely fair women who apparently just need help with a few dark spots. Like their necks: 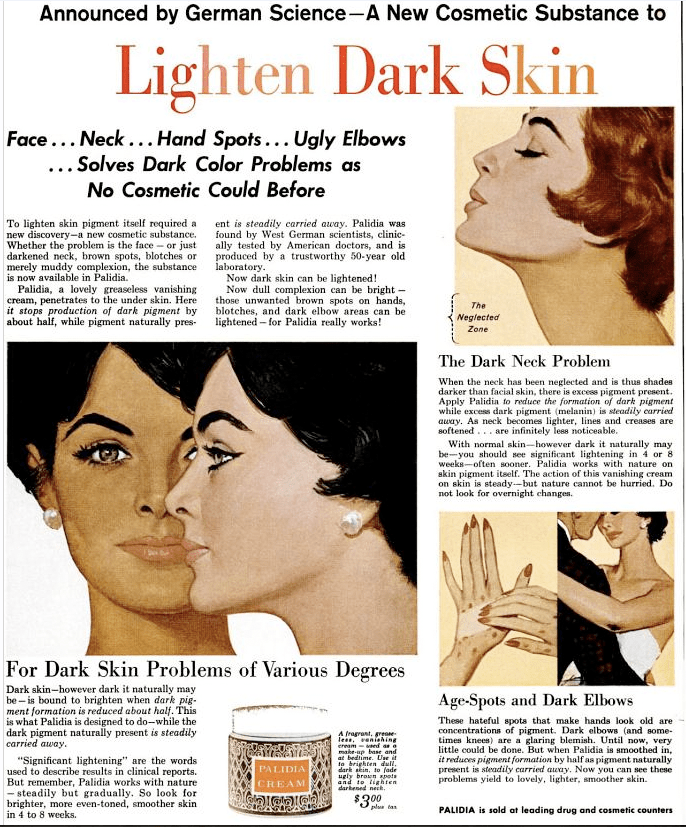 But I think my favorite ad from the 60s was this 1966 sheet, which featured two black women flanking a radiant white woman. It advertised three products, one for dry skin, placed under darkest of the three; one for oily skin, placed below the medium toned black woman; and one for ‘skin discolorations,’ presumably a lightener, placed below the white lady. 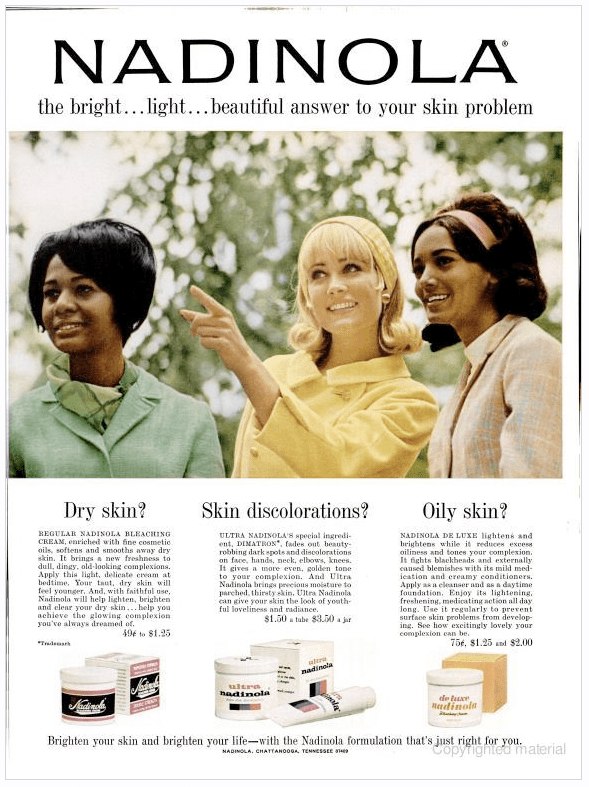 By the 70s, skin lightener had been relegated to tiny ads on pages that looked almost like classifieds. I’m not sure if this was due to lower demand, or because the magazine had decided to stop running them so prominently. It may be a combination of both, as, after all, this was the decade that proclaimed black was beautiful, and the ratio of the magazine’s light skinned cover models to darker skinned models essentially flipped.

But now that bleaching creams have fallen out of favor* here in the U.S., it would seem that all is pretty much well. Except, as PhillyGrrrl at Sepia Mutiny noted, it’s not. Colorism is so prevalent in parts of South Asia and that you see ads like this:

*Of course, that’s not to say skin bleachers have disappeared. Today, you can get them anywhere from Sephora to Amazon.