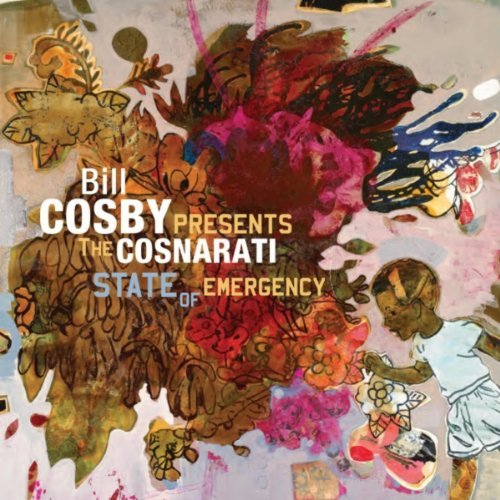 If you haven’t heard, Bill Cosby has assembled an outfit called the Cosnarati (no, seriously) to spit “positive” rhymes about working hard and being responsible. There’s nothing wrong with that per se, but it’s probably a bad idea coming from a dude on record as not being a fan of the genre, and who would necessarily not have the most discerning ear for what makes good hip-hop good.

Nonetheless, over at The New Republic, John McWhorter is stumping for  Cosby’s hip-hop effort, State of Emergency. McWhorter‘s writing on hip-hop leaves a lot to be desired, and if you come to his writing with any kind of grounding in the genre, you’re likely to be unpersuaded. (In a flaccid criticism of “conscious” rappers over at The Root, he criticized, er, The Roots and acts like them for their perceived nihilism. But the only way The Roots qualify as “conscious” is if every rapper who ever glancingly ventured into topicality or touched upon the transcendent, undeniable shittiness of the Bush presidency does as well. Black Thought mostly talks a lot of shit very, very well.)

Cosby spares us his own delivery on the CD, State of Emergency, which would likely not strike modern hip hop fans as having the requisite “flow.” Instead, State of Emergency filters Cos’ ideas through “The Cosnarati,” a rapper crew who have fashioned the notions into rhymes and produced them with a fine sheen. No one would mistake the CD as a product of Timbaland or Kanye West, but there’s nothing hokey or fake about it.

And the songlist includes things like “Why?” questioning the injustice of things in a vein similar to Jadakiss’ rant of a similar cast some years back, “Runnin’” about how ghetto black men are too busy escaping to be able to sit still and tend to much of anything, and “Perfect World” about an America with bodegas full of fresh food, everyone dying a centenarian of old age rather than murder, empty hospitals and all movies getting good reviews (I’m not sure I get that last one, but still). Cosby gets it – his point is not that no one has anything to complain about. …

Cosby and the Cosnarati are looking for some real action. “Please listen to the words. We worked hard, very hard, to tell you about the State of the Emergency,” Cosby tells us in the liner notes. The idea is that groups will have LISTENing parties and then Discuss in a constructive fashion. …

Black people with A Dream need to get the Cosnarati’s CD (and the copy of Come On People that comes with it) and let a 72-year-old man and his crew point us to the future. Or – remind us that we are already in it.

This is a lot of pressure to put on a hip-hop CD, and it suggests that Cosby and McWhorter have some really goofy ideas about the way people actually consume and share music. (“LISTENing parties”?) It’s also another example of the tone-deaf didacticism of the Civil Rights set, of which Cosby is a part, when it comes to how it engages young people.

But the biggest problem with this effort may be…well, just listen:

So McWhorter’s wrong. The most important lesson we should take away from this CD is that execution matters.