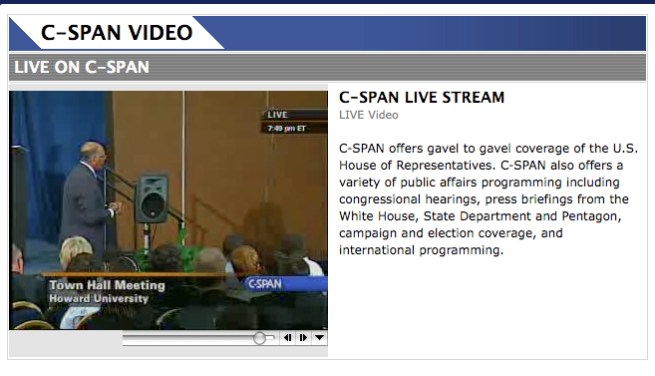 2. Apparently, when Michael Steele isn’t being a buffoon talking about “bling,” and hip-hop republicanism, he is the most boring speaker in the world.

3. Shoutout to The Hilltop!

4. Why is it that protesters who are yelling in favor of health care reform are being rude and should be chastised, but those who yell against it (particularly those who are on Medicare) are merely “patriotic” Americans?

5. Steele claims that he would’ve loved it if all Howardites had voted for John McCain…but if Obama weren’t president, would the GOP really have felt the need to appoint Steele?