In Defense of Nas. 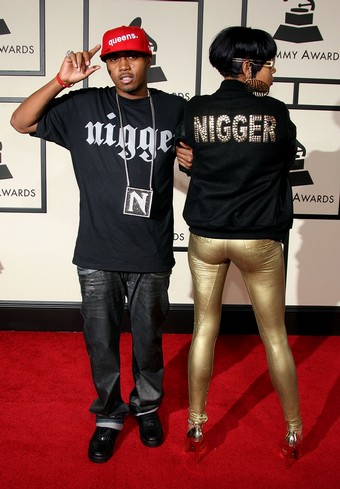 Our homie Adam Serwer over at The American Prospect responds to my post on “coonery” and fogeyism and steps in to defend his favorite MC.

On Nas this is so right–let’s not even go into those “nigger” t-shirts he and his entourage were sporting last year. But it’s part of the brilliance of Nas that he’s already written a rhyme that poignantly addresses his own hypocritical behavior without realizing it. Take Let Their Be Light off Hip-hop Is Dead:

Old hustlers reminiscing on better days
They home, doing nothing might as well be in a cage
Hating on young brothers one foot in the grave
They used to love us until we found our own way through the maze

That’s why Nas remains my favorite emcee, because even when he’s wack he’s already told you why.