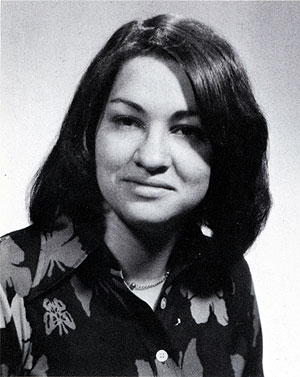 Back in the Princeton days.

The only other sitting justices who failed to clear the symbolic 70-vote threshold are Justices Alito and Thomas. Nate Silver says it’s unclear how much the proportion of Latin@s in a senator’s state would influence the way they voted on Sotomayor.

…among the five Republicans in the states with 20%+ Hispanic populations planning to vote against Sotomayor, Kyl and Ensign are very conservative, Cornyn is in a leadership position in his caucus, and Hutchison may have to bolster her conservative credentials in anticipation of her primary against Rick Perry. John McCain’s nay vote is more surprising, and he seems to being a thorn in Obama’s side.

Pressure from the NRA, which will “score” a yea vote on Sotomayor as being a vote against gun control, may also be a factor. With the exception of Florida, the states with large Hispanic populations are Western ones that tend to have large numbers of gun owners and where gun rights are certainly an issue with the GOP base. That seems to outweigh any concerns the Republicans might have about alienating Hispanics.

We’ll see how what the ramifications of those votes are down the road. Today, though, is an historic day.