Home » Browse PostBourgie » And What Color For Zimbabwe?

And What Color For Zimbabwe? 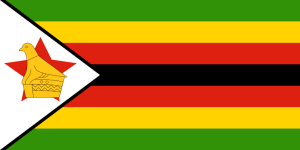 There’s a website called helpiranelection.com, and with a single click, you can put a lovely green patina over your Twitter avatar, to show your support the election dissenters in Iran.

After seeing a bunch of newly green avatars today, I tweeted this:

Um, why weren’t people changing the color of their avatars after the Zimbabwe election? Tsvangirai really coulda used it. /hateration

Which sounded really salty, I know. What can I say? I get salty sometimes.

I know there are many, many reasons why the mess in Iran has gotten more attention than the bigger mess in Zimbabwe. For one, Iranians surely have more access to social media, and citizens can tell their own stories. Second, our relationship with Iran is a bit more complex than our relationship with Zimbabwe, presently.

But, perhaps, some of it has to do with expectations. I was talking to Jamelle about it, and he suggested that no one expected the level of dissent we’re seeing in Iran, but that we always expect terrible things to happen in Africa (yes, the continent).