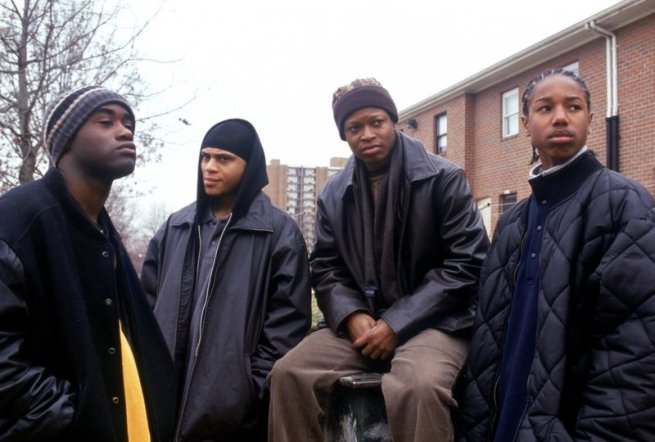 Our homie Jeremy Levine wrote a paper for one of his doctoral courses called “Social Structure and Culture in the Study of Race and Urban Poverty” (which is led by the eminent sociologist, William Julius Wilson) that became a post over on his dope blog, Social Science Lite. He was gracious enough to let us cross-post it here.

Mass incarceration, particularly of black and brown folks, is a hot topic in the social sciences. Hell, it’s a hot topic in nearly every poor, marginalized, urban community of color. Harvard sociologist Bruce Western offers some of the best academic analysis of the carceral state in Punishment and Inequality in America. Western brilliantly details the absurd cost of our contemporary prison system as well as the significant toll incarceration has had on poor communities of color. True unemployment rates are hidden in the “non-economic institution” of the prison, as labor statistics ignore the very existence of prisoners. So, while black male unemployment reached an astounding 17.2% in April of this year, the true percent of unemployed black males is much higher, thanks in part to racial discrimination in the criminal justice system. It’s common knowledge at this point that blacks are more likely to be charged, more likely to be convicted, and more likely to receive longer sentences than whites.

Leaving prison produces even more hardship. After incarceration, men become “permanent labor market outsiders,” as their job prospects are reduced to unstable (if any) employment. Not surprisingly, these outcomes are racialized. Princeton sociologist Devah Pager conducted a fascinating study (“The Mark of a Criminal Record”) in which she sent black and white job candidates with nearly identical resumes to apply for low-level jobs. The results illustrated profound racial discrimination, as black candidates with criminal records were far less likely to receive callbacks for jobs than whites with criminal records. But that wasn’t all; in fact, black candidates without a criminal record were still less likely to receive a callback than whites with a criminal record. Her results suggest that there may be some sort of racial stigma attached to criminal behavior—a racial stereotype that all blacks are perceived as potential criminal offenders.

To combat these inequalities that are decimating urban communities and fragmenting families of color, Bruce Western offers two policy suggestions: decriminalize marijuana and eliminate parole violations for failing drugs tests. His suggestion to decriminalize drug offenses certainly comes at an apt moment in our local history. Given the current political climate in the state of Massachusetts—fresh off a 65% vote in favor of the decriminalization of marijuana—and The Wall Street Journal’s recent report that Obama’s new drug czar wants to “end the ‘War on Drugs,'” Western’s policy suggestion may prove feasible in the coming years. Hell, even the right wingers are on board. Conservative blogger Ed Morrissey recently offered a glowing review on his website Hotair.com of High: The True Tale of American Marijuana, a new DVD advocating the legalization of marijuana. Judging from the blog post’s comments, advocates for decriminalization may find allies among the nation’s right wing base. Growing Libertarian leanings within the Republican Party only add credence to this shift.

Of course, right wing support (especially of the Libertarian variety) only comes when such issues are framed as an attack on big government. If these policies are framed with racialized images, however, support may wane. Seemingly race-neutral political issues, such as welfare and criminal rehabilitation, carry highly racialized images in the collective imagination: With Ronald Reagan welfare became synonymous with black welfare queens; with George H. Bush criminal policy became synonymous with the black rapist Willie Horton.

I worry that drug laws would be no different. Consider popular culture. Movies, music and television sitcoms that depict overt drug use among white youths generally fit into categories of suburban dysfunction, 1960s-era nostalgia, or cautionary tales of “good kids gone bad.” Popular movies such as Traffic and Thirteen fit the suburban dysfunction category. In each, suburban youths from affluent families are lured into experimentation with drugs and are ultimately corrupted by streetwise black males. There’s an implicit assumption that these are “good” kids at heart, and drugs (pushed on them by black males) simply cause them to lose their way. The FOX television show That 70s Show, as well as the film Dazed and Confused, are examples of sanitized, white-washed images of 1960s era drug use. Here, the ‘60s represents fun, carefree, and safe dope smoking among white teens. The pattern is clear: In pop culture, images of whites engaged in drug use depict either wayward teens struggling for identity, or innocent youths safely experimenting in the privacy of their own homes.

By sharp contrast, popular images of black drug use are normally associated with drug selling or public drug use. Examples include the movie Friday, HBO’s The Wire, and far too many contemporary rap music videos. In this genre, black drug use is accompanied by violence, depravity, and predatory behavior. Take Friday. Sure, it’s a lighthearted comedy; but violence is central to the movie’s plot once Smokey breaks Crack Commandment Number 4 and gets high off his own supply. Moreover, when Smokey gets Craig high for the first time, they don’t retreat to the basement of their parents’ house, or even the backyard. Nope, they post up right on the front stoop, out in the open. And for all of the good things about The Wire, it still only portrays two types of black characters engaging with drugs: the dealer or the junkie. The dominant image of black drug use, in The Wire and elsewhere in pop culture, is almost invariably associated with violence or crime.

Here’s the kicker: While white drug use in pop culture is largely confined to the private sphere, images of black drug use are disproportionately relegated to the public sphere. Drug selling is blatant and prominent in The Wire, but private and controlled in That 70s Show. Private drug use is safe, sanitized and white; public drug use is scary, violent, and black. Think about how rare the converse is: Pop culture rarely depicts black youths as innocent experimenters, while white youths are rarely shown as predatory enablers or corruptors. It is this public/private divide where the work of racial inequality manifests. It’s not just race, but how race interacts with our conceptions of drugs, violence, control, and public space. This racialized popular conception of drug use pervades the collective consciousness and may undermine sweeping social policy.

Some conservatives and libertarians may favor decriminalization to further weaken the power of government—but, if pressed, might revert to age-old stereotypes and racist propaganda. All it might take is one commercial depicting (black) drug dealers out on the corner, corrupting innocent (white) kids. Get some financial backing from right-wing policy groups and lobbyists, and another progressive policy may fall victim to our nation’s pervasive, and damaging racial stereotypes.

If Western’s policy proposals reach the national agenda—and I think they should—a nationwide reconceptualization of the popular imagination is in order. In other words, stereotypes of drug use promulgated in pop culture must be confronted and realigned. A re-framing of national drug policy—and criminal policy more generally—is necessary. Progressive drug policy is vulnerable and susceptible to new Willie Horton-style images, and future policymakers will need to navigate this delicate terrain in search of greater racial equality.