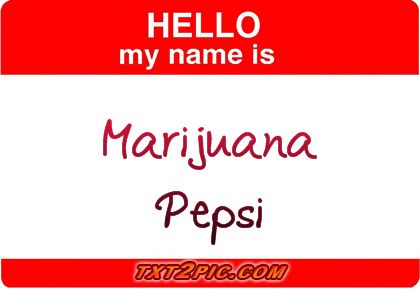 This tall, striking, self-assured, motorcycle-riding woman is a schoolteacher with a master’s degree in higher education administration. Soon, she’ll start work on her doctorate.

All of her achievement came despite that smoky, carbonated name. And partly because of it. No one named Marijuana Pepsi gets lost in the crowd.

“Everybody I meet says this: You’re nothing like I thought you’d be,” she told me when we sat down for an interview in Beloit last week.

These days she goes by Marijuana Sawyer, the surname of her ex-husband from Georgia, where she spent 10 years before returning to Beloit in 2008 to fulfill a promise to make a difference in her hometown. She has a 6-year-old son named, mercifully, Isaac.

Sawyer’s mother, Maggie Johnson, picked her name. Her father objected but lost the argument. To this day, a lot of family members and best buds call her Pepsi.

“She said that she knew when I was born that you could take this name and go around the world with it. At the time as a child, I’m thinking yeah, right. You named my older sister Kimberly. You named my younger sister Robin,” Sawyer said.

As you may have guessed, her name invited a lot of unnecessary schoolyard cruelty, and the column also hints that her mother (with whom she lived in her adolescence before running away) was not the most stable parent in the world. The two no longer speak.