Home » Browse PostBourgie » The Engagement's Off. 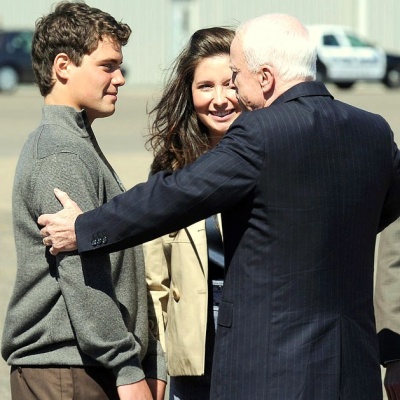 Bristol Palin and Levi Johnston have apparently ended their engagement:

It’s surprising because in an interview just last month with FOX’s Gretta Van Susteren, Bristol said the 19-year-old Levi is a hands-on dad and that they planned on marrying after finishing their education.

But in a new interview with Star Magazine, Levi’s sister Mercede Johnston says Bristol actually broke up with Levi more than a month ago, is not attending school and rarely lets her baby daddy see their young son. Mercede also says Bristol even told him that she hates him and, when she learned she was pregnant, wished the baby wasn’t his.

Sad teenage parent drama aside (and believe me, this post isn’t exactly schadenfreude), what do you think would be happening if Sarah Palin were our vice president? Would Bristol and Levi be married by now? Frankly, I suspect not.

Since words like ‘white trash’ are being thrown around in reference to the Johnstons, I think the GOP would have found a way to moralize their beloved vice-president’s daughter out of a shotgun wedding to the high school dropout son of an alleged drug dealer.