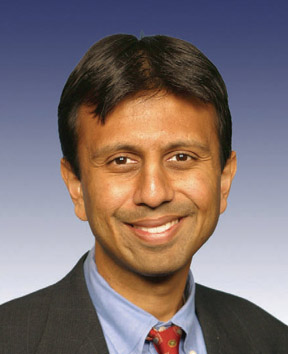 The press has, for some time, been running with the idea that Bobby Jindal is the GOP’s Obama. It’s unclear what prompts the comparison between the two other than that they are both young, brown, Ivy League-educated, and beloved by their respective bases. But it’s a comparison that the monochromatic Republican Party, anxious to show its inclusiveness, has been happy to accept. That makes it no less inane, and no less transparent an attempt to put a nonwhite face on an increasingly white party.

Jindal and Obama could not be more different, and the contrasts begin but don’t end with the fact that one of them changed his name to fit in while the other carried his daddy’s “funny” African moniker all the way to the White House. Last night, the differences were clear: Where Jindal was awkward, Obama was confident. Obama has mastered his voice, Jindal sounded like he didn’t know how to give a speech. Obama had mastered a variety of tones and cadences early in his career, Jindal offered a forced folksiness to a sing-song tune. But perhaps the most telling part of Jindal’s response was his extended introduction of his family history. Until now, the GOP has allowed the press to make the Obama comparisons, last night, Jindal tried to make one himself, an act that was inadvertently self-diminishing.

The whole thing is worth quoting, but you should go over to TAPPED and read it.