Question for the Room. 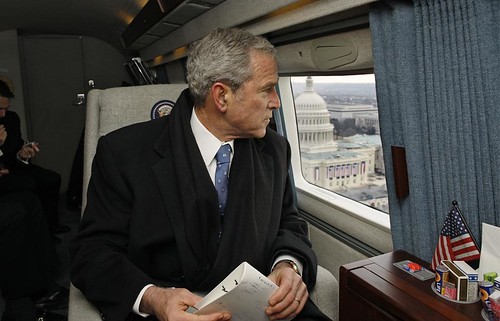 When Bush flew out of D.C., his final approval numbers sat at an anemic 22 percent. But Cheney’s were even lower, at an almost unimaginable 13 percent.

Obviously, Cheney had a large hand in shaping Bush administration policy on everything from wiretapping to torture — probably a more direct hand than Bush — but I’m still not quite sure why his numbers would be so much lower than Bush’s, who is still the public face of those policies.

Can somebody school me? Are lower poll numbers for a VP the historical trend?