Home » Browse PostBourgie » For Those Of You Who Care About Such Frivolous Things: Barack Edition.

For Those Of You Who Care About Such Frivolous Things: Barack Edition.

WWD collected Inauguration designs from top labels for Meesh first, and now they’ve got some rather… yummy… looks for Barack.

My favorites are the really classic tuxedo looks*, including this one from Brooks Brothers. 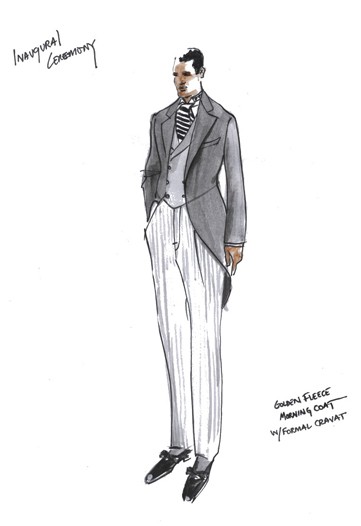 I also dug the Nautica offering. It’s rather fitted for an American suit. 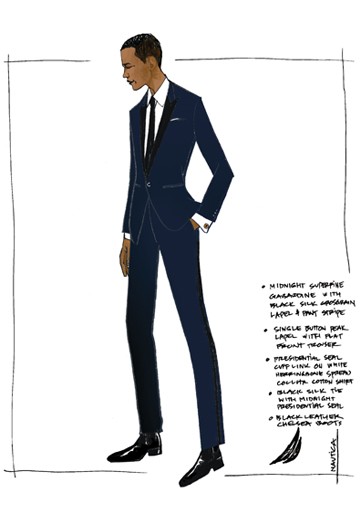 And this sketch from Rag and Bone is oddly compelling: 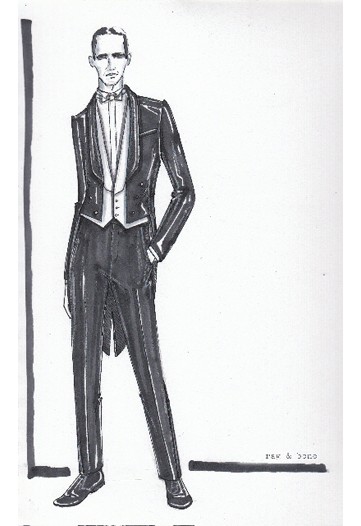 But what’s up with this travesty of a tie from Vineyard Vines?! 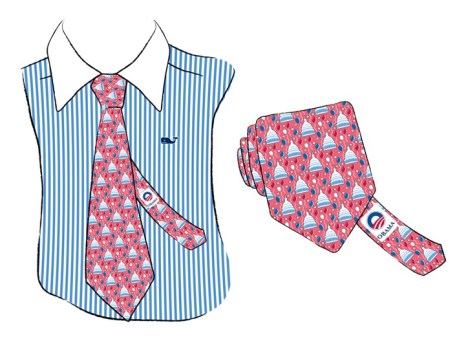 *Though, I really think he should just show up to the ball draped in Kente cloth.