Home » Browse PostBourgie » Our Obama, Ourselves. 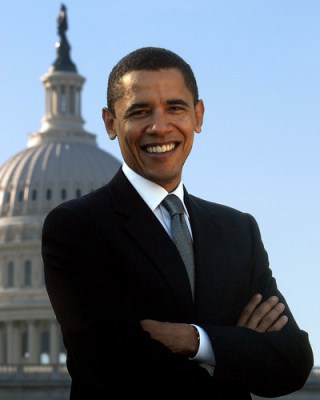 Back when the Democratic primary race seemed all shiny and new, G.D. and I kind of talked about how it was possible that Obama was maybe was not as progressive as people thought.

First, there was his health care policy. Many agreed that Clinton’s was more likely to be close to universal. Then there was also that weird thing he said in South Carolina about cleaning up neighborhoods: “a good economic development plan for our community would be if we make sure folks weren’t throwing garbage out of their cars.”

Then there were all those things we didn’t know then, but we do now: His position on FISA, the second amendment, and the death penalty for child rapists. Self-identified liberals are crying foul, saying Obama is drifting to the right for political purposes.

But on his show Monday, Brian Lehrer asked if the flip-flop charge would really stick. He had a clip from Obama at a debate in April saying that he believed the second amendment included an individual right to bear arms, that the state could reasonably regulate that right, and that those two things were not necessarily contradictory. He also read a piece from Jeffrey Rosen’s argument in the New Republic that Obama’s support of the death penalty for certain crimes goes all the way back to The Audacity of Hope.

I’ve thought for a long time that Obama didn’t fit as neatly into the progressive label as much as the simple fact of his candidacy did. And since, for awhile, everything seemed to be about uplift and not as much about his responses to specific issues, I think the people who were inclined to support him – the young, the educated, the relatively well-off – were more likely project their idea of the ideal candidate onto him.

Not that that’s good or bad. I would hope most people would reject the idea of a candidate who blindly followed all of the positions with which his supporters were aligned. Obama was a constitutional law scholar, so he’s had ample opportunity to decide what he thinks. Maybe he simply sees nuance where others see good and bad more clearly defined. Maybe, whatever personal disagreements he might have with certain stances, he sees something in the Framers’ language that forces him to back down.