Home » Browse PostBourgie » Nothing Will Ever be as Good as the Wire, Ever

Nothing Will Ever be as Good as the Wire, Ever 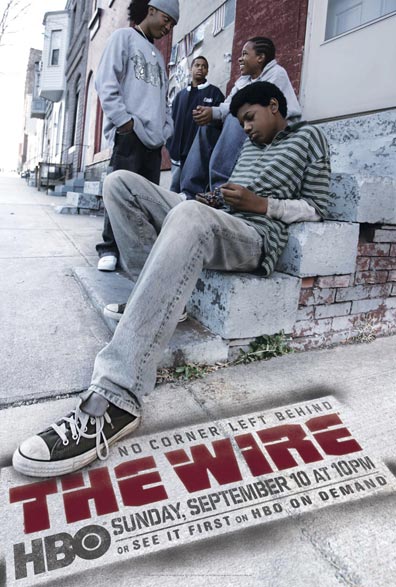 I finished the book Homicide by David Simon.

I only recently became a David Simon fan, but I’d been talking about The Wire a lot at work and my coworker, who was cleaning out his desk. He used to cover the cops and courts for my paper, and while he was cleaning out his desk before he left, he found an old copy of the book to let me borrow. It took me awhile to get into it. Simon has a very masculine voice and it took me awhile to get used to. But then, once I did, I almost couldn’t put it down. I haven’t cleaned my house in ages because I just wanted to read (and also because I’m lazy) and started missing those wonderful days when it took me an hour to get home on the subway after leaving work at 1 a.m. All the more time to read.

Amid the warm, glowing feeling that comes from finishing a really good book a darker mood began to take shape. Throughout the book, I believe I’d met the basis for most of the characters in The Wire, even some whose real names were used on the show. The premise of the entire series must have been gleaned from Simon’s time in the department, from the wiretap to the problems with focusing on individual quotas rather than the big picture. Some of the scenes were lifted from the book nearly word for word, including the opening of the first show of the first season, the death of Snot Boogie.

I didn’t realize why these facts were making me sad and somewhat angry until yesterday. I’ll admit, some of this analysis may be affected by the gaping hole in my life since the series finale. Some of it may be because I’m still a little disappointed David Simon didn’t hire me for a job.

What I finally realized is this: The Wire was more than 20 years in the making. Simon’s work as a reporter for a decade or so informed his decision to spend 1988 with the homicide detectives in Baltimore in the first place. His year with them produced much of the material that would later be put to use in the series. His subsequent work at the Sun, and then leaving the paper, also informed it and allowed him to take a broader view of the institutions he had covered. Ed Burns’s time in the police department and later career as a teacher provided all of the rest. The stories in The Wire were the best pickings from more than 20 years of observation by two intelligent men who were trained to observe.

We’ll have more coming from Simon and Burns. I guess it might be as good. But we already know it can’t come from as deep a background. Are other future television writers and producers willing to take a career-long sidetrack in an underpaid job that deals with an under-represented world for the sake of one really good, five-season series that will never regularly reach even 5 million viewers? Probably not.

It might be an exaggeration to say nothing will be as good as The Wire. Clearly, I mean no TV show will be as good. I mean, if people continue to read books, a really good novel might emerge, though i sometimes doubt this is a society that will continue to produce good writers. Who knows? The kids who enjoyed Meet the Spartans might come of age.

The Wire confirmed my status as a cynic, and I have no hope. I’ll probably buy the DVD sets (though not at once. I’m broke because I’m a writer) and comfort myself with the greatest TV show ever, until I get hooked on something else.