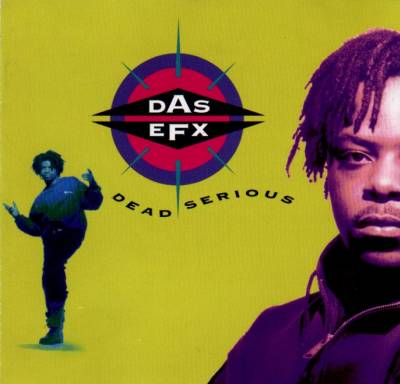 In the early 90’s, when many rappers claimed to represent the underground, few of them could claim to be more underground than Das EFX — two emcees raised in the sewers of Brooklyn and trained as ninja warriors by a five-foot, talking rat.

Tossed into the East River by their parents, Drayz and Skoob were found floating on debris by the mutant Japanese rat, who subjected them to grueling training in hiphopkido, a rare martial art form famously practiced by that black Power Ranger with the flattop and only four fingers on his left hand. The pair traveled between boroughs via aqueduct on skateboards outfitted with fanboat motors, looking for ciphers in which to battle and test their mettle. They were eventually discovered by Def Jam CEO Lyor Cohen, who overheard their verbal wizardry while standing by a subway grate eating an ice cream cone and signed them immediately. They went on to sell millions of records on the strength of their hit single “They Want EFX,” and its b-side, “Absolute Fucking Gibberish.”