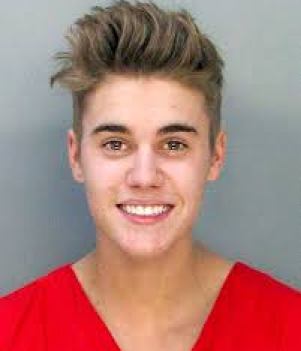 Yesterday, as you probably heard, Justin Bieber was arrested for street racing and driving under the influence. Because I’m me, I made a joke:

The premise is easy to understand. Individual people of color—and especially women—can’t make mistakes without it saying something about their class. When Richard Sherman makes a post-game outburst, for instance, the reaction goes beyond him, and becomes an indictment of *black people*. When you apply this standard to a white person—like Justin Bieber, for instance—it sounds absurd, which is the joke. It *is* absurd, and racism (or sexism) is the only reason anyone would say something similar about a woman or a minority. The people in my immediate Twitter circle got this, and retweeted the joke. But as it spread through various timelines, it lost its context and attracted the anger of internet racists. For example:

@jbouie No Jamelle just the Girlemen Democrats and Liberals .. Bieber is Obama’s pajama boy. The Hollywood Commies own this clown.

@jbouie u moron. So what does that do to evry other skin color, it puts them back thousands of years

More interesting than this, however, were the irony-deprived people who challenged the idea that Bieber was white, or reflected poorly on white people.

Whether they realize it or not, these people are trying to protect the “value” of white racial identity by casting Bieber from the fold. He *can’t* reflect badly on white people because he just isn’t white, and whiteness[^1] can’t fail, *it can only be failed*.

And how does one fail “whiteness?” By associating with black people, or adopting their perceived behavior. To wit:

@jbouie Actually, he is beneath notice.A spoiled child trying to prove he’s grown up by hanging with the rappers, smoking, drinking,drugging

This is textbook racial policing, and it’s utterly fascinating.

[^1]: “Whiteness”—like “white privilege”—is a jargon-y term that obscures more than it describes. But in the absence of a better alternative, that’s what I’m using.