Protecting or Suppressing the Vote? 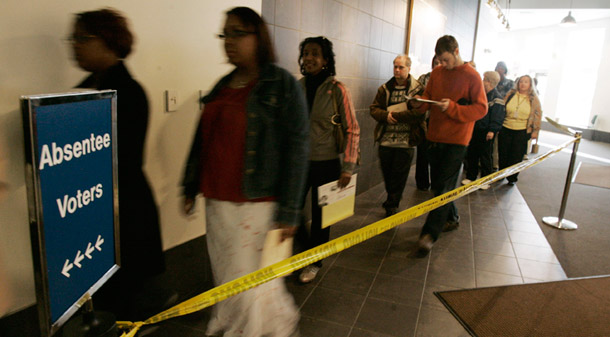 Under the argument that states need to protect themselves against voter fraud, Republicans are making a unified push for election reform, and at the forefront is the campaign for implementing and strengthening voter ID requirements. It is one of the popular topics of legislation, as 20 states that did not have laws requiring voter ID at the polls at the beginning of 2011 are seeing legislation proposing it this year. Kansas, Wisconsin, and Tennessee have joined Georgia, South Carolina, Indiana, and Texas on the list of states with strict photo ID laws, and the Pennsylvania House backed a photo ID bill on Thursday. On the other side, aspiring bills were recently veteod in North Carolina, Missouri, and New Hampshire. In his veto message, New Hampshire Governor John Lynch wrote, “There is no voter fraud problem in New Hampshire. We already have strong election laws that are effective in regulating our elections.”

Oddly enough, requiring a photo ID to cast a vote would only be effective in preventing individuals from impersonating other voters at the polls–an occurrence that is, according to a study released by the Brennan Center, more rare than getting struck by lightning. In fact, voter fraud (when individuals cast ballots despite knowing that they are ineligible to vote, in an attempt to defraud the election system) is hardly a realistic political concern. From the Bush administration’s five-year national “war on voter fraud,” there were only 86 convictions of illegal voting out of more than 196 million votes cast. Of those 86 convictions, only 26 were attributable to individual voters, and most of those were misunderstandings about eligibility. What is more, connection to voter fraud in a federal election carries grave punishments, including a $10,000 fine and five years in prison, in addition to any state penalties. This is a risk that very few people are willing to take, particularly for the result of one incremental vote.

Whether by intention or not, politicians and media have managed to conflate a host of election administration problems under the umbrella of “voter fraud”–a move which has fueled a Republican-backed campaign across multiple states to pass voter ID laws. Things like clerical or typhographical errors in the poll books, registration records, and underlying data are examples of occurrences that may get mistaken for voter fraud. Justin Levitt, author of The Truth About Voter Fraud, cites matching voter rolls against each other or against some other source to find alleged double voters, dead voters, or otherwise ineligible voters as the most common source of superficial claims of voter fraud, as well as the most common source of error. Thus, it is largely human error in the voting process that results in inaccurate accusations of voter fraud and feeds exaggerated concern over this “phantom problem”. 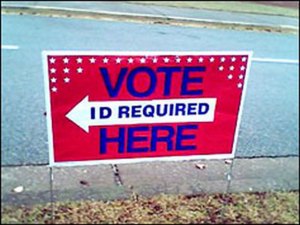 The zeal for voter photo ID legislation, particularly as the answer to the virtually non-existent threat of voter fraud, raises necessary questions of purpose and effect. In bills like the one vetoed in New Hampshire earlier this week, voters without acceptable identification at the polls would be permitted to cast a provisional ballot, and they would have to return to election officials within a fixed number of days after Election Day to provide appropriate ID. Needless to say, this puts undue stress on voters, especially senior citizens, students, people without adequate transportation, those who are differently-abled, and of course, people who don’t already have IDs. Voting can already be a strenuous process for various reasons; why should the government spend money to make it more difficult to exercise a fundamental democratic right? The supporting side argues that since people use an ID to rent a car, board a flight, or check into a hotel, voting should be no different. But isn’t voting a right everyone should have equal right and accessibility to?

Voter ID requirements are generally just one part of legislation that proposes multiple adjustments to state voting procedures. In Florida, cases are already being made for why the omnibus elections bill will have a direct retrogressive effect on the right to vote based on race and membership to a language minority group–a clear violation of Section of 5 of the Voting Rights Act. Things like the shortening of the early voting period, new restrictions on third-party voter registration efforts, and alterations to how voters may vote if they update their address at the polls, will all affect black, Hispanic, and Spanish-speaking Floridians at a rate disproportionate to that of white and English-speaking Floridians. This supports theories of voter suppression as a conservative strategy that targets populations most likely to vote Democrat. There have also been questions of whether requiring people to pay for a government-issued ID in order to vote is akin to a poll tax, which would be a violation of the 24th amendment.

Cases like the one in Florida, in which there is an unambiguous connection between proposed changes and the disenfranchisement of race and language minority groups, demonstrate the use of election reform as a partisan political tool. Under the guise of protecting elections, the integral democratic right to vote is being transformed into a privilege and a prize.