Home » Browse PostBourgie » Rick Sanchez: Unemployed and Tired of Being Picked On

Rick Sanchez: Unemployed and Tired of Being Picked On 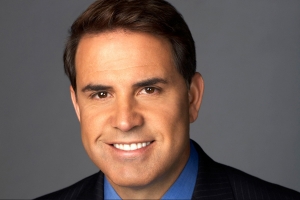 As you may have heard, Rick Sanchez was fired from CNN on Friday, the day after his interview with comedian Pete Dominick on satellite radio.

CNN released a brief statement regarding the discharge: “Rick Sanchez is no longer with the company. We thank Rick for his years of service and we wish him well.”

It is apparent in his interview with Dominick that Sanchez feels not only “minimized” by The Daily Show host, Jon Stewart, and The Colbert Report’s Stephen Colbert but also looked down upon within the media industry because of his working class Cuban background. Sanchez spotlighted a “top brass” administrator who, according to Sanchez, said to him: “You know what? I don’t want you anchoring anymore… I see you more as a reporter, as a John Quinones.” Some of his more interesting points during the interview, including how a lot of the stories on FOX are intended to appeal to angry white men, were overshadowed by his evident resentment as well as hurt feelings. He says of Stewart, Colbert and “elite, Northeast establishment liberals”: “deep down, when they look at a guy like me, they see a guy automatically who belongs in the second tier, and not the top tier.”

It seems as though Sanchez has conflated the frustration he feels with being picked on by Stewart and co. with the obstacles he’s faced in the industry which he feels have been related to being a minority. He is quite obviously “tired of” being laughed at by the likes of Jon Stewart and Stephen Colbert, along with CNN’s own Anderson Cooper, and uh, Glenn Beck? But how much is being treated like a “dumb jock” related to his ethnic and financial background?

Late in the fateful interview with Pete Dominick, the host suggests that because Stewart is Jewish he knows something about Sanchez’s experience. “Stewart’s a minority as much as you are,” exclaims Dominick. “He’s Jewish!” But, of course, blanketed in that is the assumption that all minority groups suffer alike and have some magical connection that comes from shared experiences. That’s when Sanchez went on his rant.

This could become an opportunity to have a valuable conversation on race, power and media, but chances are, it won’t.