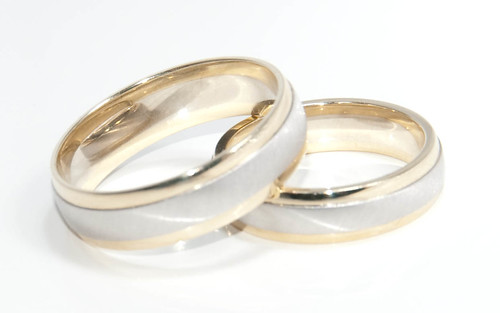 from Wheelz24, via Creative Commons.

C.H. at Democracy in America flags a new report from the Pew Charitable Trusts on the effect of marriage on economic mobility for children:

Messrs DeLeire and Lopoo find that marriage has a positive effect on economic mobility for children of all races. Among those who are born in the bottom third of the income distribution, 50% of those born to married parents climbed to the middle or top third as adults. Only 26% of those whose parents divorce moved up. Somewhat surprisingly, a greater share of those born to single mothers moved up, 42%, but the size of this sample is relatively small.

Nevertheless, marriage explains only part of the gap in mobility rates between white and black children. Fifty-six percent of all black children in the middle class fall to the bottom third as adults, compared with 30% of white children. But when parents are continuously married, this 26-point gap shrinks to 12 points. For many other measures, though, family structure only slightly reduced the racial gap in mobility rates. “On the whole, family structure is not the culprit,” explains Mr DeLeire.

I don’t have any firm numbers here, but my hunch tells me that part of the achievement gap among children is attributable to the housing segregation. Middle-class blacks face significant housing discrimination, and on average, are far more segregated than any other racial or ethnic group of comparable means. Large numbers of middle-class blacks are clustered in disproportionately poor neighborhoods, which tend suffer from poor schools and other social services. What’s more, middle-class blacks have fewer educational opportunities than their white counterparts and they lack access to the “achievement networks” that characterize white middle class life.

One of effect of this clustering is to put middle-class blacks (who tend to fall on the lower end of the “middle-class” distribution) in close relational and geographic proximity to poverty. Far more so than most other racial groups, middle-class blacks have significant ties to those below them on the socio-economic ladder. The downside to this, is that for all the positive opportunities these relational networks offer, they can also provide easy access to criminal opportunities. Mary Pattilo-McCoy examines this in detail in her book, Black Picket Fences, and I recommend reading it. To get back to my original point though, it seems that at least some of the difference in outcomes has to do with this housing segregation, and its implications for education and social networks.