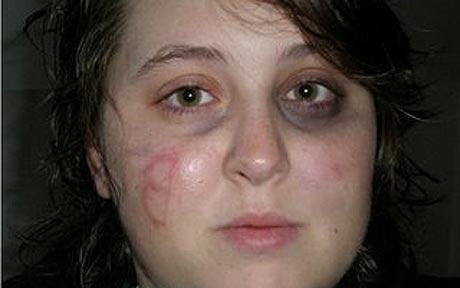 As a lot of people have guessed, the story about the Pittsburgh woman who was allegedly mugged and mutilated by a black Obama supporter has fallen completely apart.

Like too many people before her who are inspired to this sort of action, she made her personal boogeyman the one she thinks we all share. That she did so in a season when her candidate’s own campaign has been accused of making Barack Obama the unacceptable Other to try to win the presidency probably allowed her to convince herself that her actions were valid and helpful. Of course a black man would be enraged by a McCain sticker, of course she later added that he tried to grope her, of course he was an Obama supporter. Aren’t all African-American men violent felons with bad tempers and an inability to keep their hands off of white girls who support Barack Obama? Aren’t all douchey frat boys rapists with no respect for women who view black women as sexual objects? Aren’t all white guys in upstate New York violent, racist rapists? Who else but a black man would steal a car with children in it and drown them? Why wouldn’t their stories be believed? Too many people in this country have self-segregated themselves — racially, politically, educationally, religiously — to a point where their stereotypes and fears are all they are ever exposed to and so they seem not like illegitimate stereotypes but like Greater Truths — when the truth couldn’t be further from their grasp. The shadows on the wall become their reality because it’s easier than stepping back and turning around to see what’s making them, and less disturbing than having to admit that it’s you.