Home » Browse PostBourgie » The Only Thing Missing From ‘The Best Man Holiday’ Was Madea.

The Only Thing Missing From ‘The Best Man Holiday’ Was Madea. 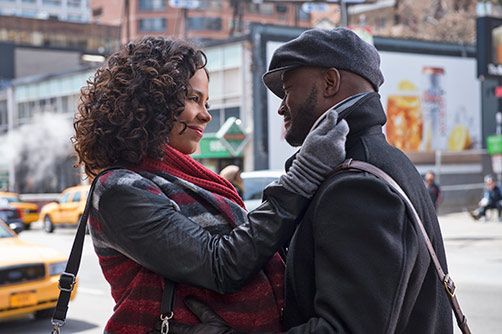 Taye Diggs’ character is married to Sanaa Lathan and he somehow still finds shit to complain about.

Over at The Awl, Rahawa Haile considers The Best Man Holiday:

Unfortunately, the majority of the film’s comedy lies in its first half. People eat, drink, and are caught interacting one-on-one in easily misread moment after easily misread moment. The film is happy until it is sad. Very, very sad. Everyone cries. The characters cry. The audience cries. I cried watching Monica Calhoun lose herself in a rendition of “O Holy Night,” with which my theater audience of hundreds sang along on opening day. There are plot twists and complications and adversity, throughout which the thrust of the remains firm: family can cure all.

That’s not all. Everyone has a career but there’s really no interest in making the particulars of their careers plausible or sensible — an almost laughably old star NFL running back and a writer who somehow thinks his flailing career will be salvaged by penning a boring biography about said old-ass running back.  One character’s death is telegraphed from the moment they step onscreen. Nia Long’s Jordan, a hard-charging, successful career woman, has to learn that she “needs” the new man in her life. A devoted wife and and a trampy ex-girlfriend get into a reality-show-style brawl in front of the big Christmas tree. The movie has at least three different climaxes: The Big Game; The Funeral; The Baby. One character tells another that he should ask God for guidance. So yeah. You’d be excused for mistaking this film for  Tyler Perry’s The Best Man Holiday.1 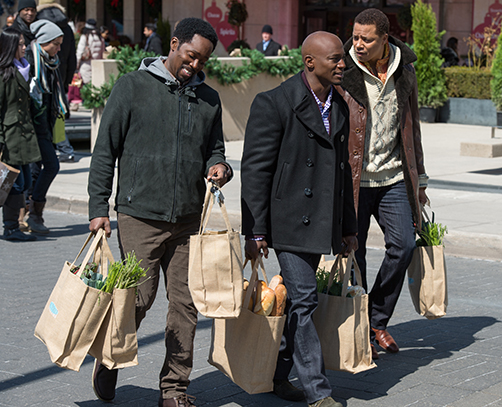 In some ways, it is an accomplishment for Lee that [Morris Chestnut’s character’s] invincibility becomes insufferable only within the last 20 minutes of the film, where Chestnut miraculously delivers a baby. A breech baby. In an SUV. With his bare hands. In a snowstorm. In traffic. On the day of a funeral. In space. Fighting dinosaurs. Making waffles. For God.

One of the most fascinating consequences of Tyler Perry’s dominance of the black movie space has been the way he conducts negative heat away from other mainstream black films. It’s like everyone  is so apoplectic and worn out from criticizing Perry’s work that they don’t have sufficient energy left to side-eye movies that have a lot of the same ostensible shortcomings. My hunch is that a lot of people who saw and loved Holiday also deeply dislike Tyler Perry flicks, even  as his so many of his fingerprints — the melodrama, the nakedly expository dialogue, the wild tonal shifts, the moralizing — are all over it.

1Which, when you think about it, is a title only slightly more clunky than The Best Man Holiday.