Reparations Now, or Ever? 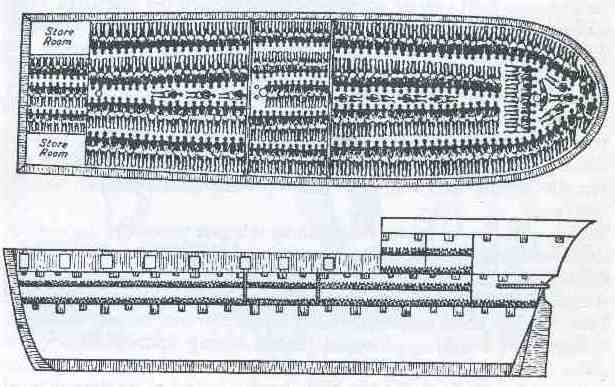 As you listen to Sarah Collins Rudolph talk about her survival of the 16th Street Baptist Church bombing in Birmingham, Alabama, you almost feel like you’re being offered a glimpse into the making of an out-and-out horror story. One minute, she was a 12 year-old girl in her church’s ladies’ lounge watching her 14 year-old sister tie the sash on a friend’s dress, and the next minute, she was being carried to the colored ambulance, the BOOM! still crashing around in her head and her skin perforated by glass. After two and a half months, she left the hospital with one less sister and one less eye and a glass replacement for the eye. Fifty years later, she lives with cataracts, PTSD, and glass obstinately stuck in her stomach and her “good eye.” Despite the mountains of financial, mental, and emotional burdens Collins Rudolph has struggled to mount since the bombing, she’s received no assistance from Birmingham, where she still lives and earns minimally as a domestic worker. It’s “like they’re saying, ‘Well, you didn’t die so don’t expect anything,'” she tells the interviewer, encapsulating the absurdity of it all. Her story evokes the unreality of the black living made socially dead — its nightmarish quality is like the behind-the-scenes-but-in-front-of-the-curtain of racial terror in the US — and you are somehow vehemently appalled while also furiously unsurprised.

That Sarah Collins Rudolph is overdue for compensation seems like a no-brainer. She’s been permanently scarred by an act of terror, the effects of which have cost her money, caused unfathomable trauma, and rerouted her life trajectory in numerous ways including interfering with her goal to become a nurse. What about this is fundamentally different from the attacks on the Boston marathon and the World Trade Center? Both of which, as Diane McWhorter highlights in her excellent NYT editorial, saw an outpouring of financial aid for the victims in their aftermath. How is Collins Rudolph, who is sometimes called “the fifth little girl,” so different from the victims of the racial violence that occurred in the black town of Rosewood, Florida in 1923, when homes, churches, and stores were torched and at least six black people murdered? The descendants of whom were compensated seven decades later, when the Florida senate put $1.5 million toward reparations for survivors, $500,000 toward those displaced, and $100,000 toward scholarships for descendants and other minorities. One state senator even said, “Our justice system failed the citizens of Rosewood.” If only it were an anomaly, this whole reparations business would be a lot easier.

But the “justice system,” mayor, city council, police chief, and fire department of Birmingham didn’t simply “fail” its black residents on September 15, 1963. These municipal entities didn’t play the role of bystander who was slow to act, morally implicated but factually absolved. On the contrary, city officials were complicit, on that day of many; they were enforcers and protectors of violence and the status quo in shamelessly racially discriminate ways. In that sense, maybe Collins Rudolph’s case is more like that of the Japanese and Japanese Americans who were put into internment camps during World War II? That was government sponsored and at some point Reagan acknowledged a fraction of its awfulness and signed off on an act that allowed $20,000 in reparations to each survivor. But then, there are many other state-sponsored atrocities still, so perhaps there is no need for, or possibility of, a methodical means of comparison.

Yet, even if we were granted the likeness of tragedy and unpunctual compensation for Sarah Collins Rudolph, there would still be questions left unanswered concerning the debt the US owes for its enslavement and segregation of black Americans. These questions would not be the ones of logistical character that seem to always crop up in discussions of reparations: How would we determine who’s owed what? and how long ago do “past” wrongs reach?* The unanswered questions would rather be with regard to our commitments as a country that has sustained the wrongs it was founded on for over three centuries, wrongs from which one group benefited and others suffered. As a country whose White House and Capitol were built by slave labor. It is amid this past that we have to consider: For how long will we banish “reparations” from the domain of politically viable issues, rendering black suffering banal and the prospect of redress unspeakable? When will we forfeit the charade and definitively draw the curtains? The horror story that is some folks’ reality started long ago and belongs to us all — so what can we do to flip the script?

*It’s worth noting that despite the popularity of these questions, there have been reparations lawsuits filed, with the earliest known to have occurred in 1915 and multiple more recently. Some suits concern descendants of slaves and raise claims such as conspiracy and human rights violations against corporations, while others — like the case in Tulsa, Oklahoma — are against state and municipal actors and focus on the violent repression of Jim Crow.

Jalen is a writer and DJ based in Los Angeles, California.

Latest posts by JC (see all)