Home » Browse PostBourgie » ‘The Butler’ and the Pitfalls of Positivity.

‘The Butler’ and the Pitfalls of Positivity. 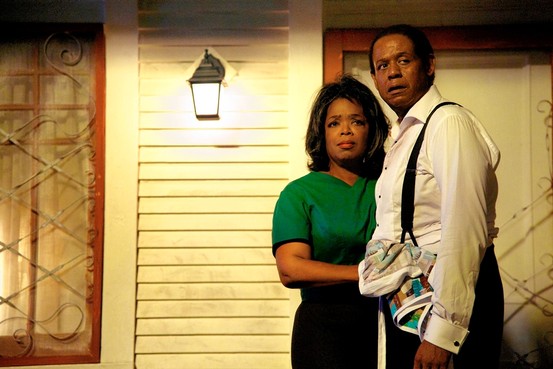 You know how it goes on Showtime at The Apollo. Some hopeful performer ambles onstage and rubs on the stump of the Tree of Hope for good luck. She then awkwardly banters with the host for a quick minute, before stepping to center stage to sing her song/play her horn/let her light shine. The Apollo audiences are legendarily unforgiving — Lauryn Hill was booed offstage before she was Lauryn Hill — but one tried-and-true safeguard from jeering is to perform a well-known gospel song. The singer is essentially daring folks to hate on someone magnifyin’ Da Lawd; the audience almost never opts to do so, regardless of the performer’s execution. Solid renditions or hot-ass messes, it don’t matter. The only reaction the audience is left with is polite, respectful applause.

I couldn’t help but think of that bluff-calling while I watched The Butler, the new Lee Daniels movie that opens today about a black White House butler who waits on every president from Eisenhower to Reagan. The Butler is the latest entry into a movie genre that includes this year’s solid, forgettable 42 and last year’s toweringly shitty Red Tails — they’re dutiful, like $30-million, full-life, book reports, with star-studded casts. Few of these films are actually good, but they are Good For Us, and the word of mouth around them sounds a lot like entreaties to eat our vegetables. That makes it hard to criticize them without seeming like kind of a dick.

Forest Whitaker plays Cecil Gaines, a man who flees the brutality of the South and ends up as a member of the White House’s house staff. (The movie is fictional, but it’s based on the life of a real man named Eugene Allen, who was a White House butler under 8 presidents). Gaines, as played by Whitaker and imagined by director Lee Daniels, doesn’t seem to have any personality traits besides an inexhaustible reservoir of dignity. He works hard, he keeps his nose clean. His wife, Gloria, played by Oprah Winfrey, is much feistier and gets juicier lines, but she’s shoddily imagined, too; Gloria’s lonely and has a drinking problem (and an implied affair with Terrance Howard, an indiginity that might be worse than her drinking problem) until she doesn’t anymore. Gaines serves a parade of commanders in chief — Dwight Eisenhower (Robin Williams), John F. Kennedy (James Marsden), Lyndon Johnson (Liev Schrieber), Richard Nixon (John Cusack), and Ronald Reagan (Alan Rickman) — who are all given exactly one personality trait and who are all just coincidentally mulling over America’s racial crises with their senior staffs when Gaines walks in to the Oval Office to pour tea or clear the table. Daniels gives one of those heavy-handed Hollywood winks to the audience for each president — Gloria asks Cecil, who is reading about an illness in a medical book, whether someone in the White House has Addison’s disease — and every president oddly regards Cecil with great trust and respect even though he never does much besides nod at them while they ruminate out loud.

The tension in the movie is generated from Cecil’s rocky relationship with his son, Louis, played by David Oyelowo, who is apparently required by law to be in every movie that comes out these days. (That’s not a bad thing; dude is a reliably strong actor.) Whereas Cecil doesn’t make waves, his son, who is going away to college, wants to be an active participant in the civil rights movement. The rift between them is the thing that feels consistently right in the movie, but Daniels, as he’s wont to do, puts way too fine a point on it. Louis isn’t just active — he’s seemingly a key part of every chapter of the black rights struggle from the late ‘50s on. He sits in at Southern lunch counters, becomes a Freedom Rider, helps found a chapter of the Black Panthers, and protests for Mandela’s release from prison. Somewhere in there, Louis becomes a close associate of Martin Luther King — this dude is like some righteous-ass Forrest Gump — who tells him that domestics like his father are important agents in the struggle for black equality and “subversives without even knowing it.” As my colleague Hansi Lo Wang said, it’s kind of cheating to put the movie’s ostensible raison d’etre explicitly into the mouth of Martin Luther King; it imbues that intriguing argument with weight and gravity even though it isn’t ever really explored in the movie. More singing gospel at the Apollo, I guess.

The Butler isn’t objectionable, really. The performances almost paper over some occasionally noisome dialogue, and the scenes in which the civil rights workers are beseiged by racists are genuinely intense. But it also feels like kind of by-the-numbers and unambitious. “Positivity” still carries a lot of weight in our considerations of black popular culture, and sometimes to its detriment. And I’m not sure that perfunctory correctives like this one — the Negro as a noble cipher — aren’t dehumanizing and limiting in their own ways.