Here Is a Picture Of Jesse Jackson Playing Basketball With Marvin Gaye. 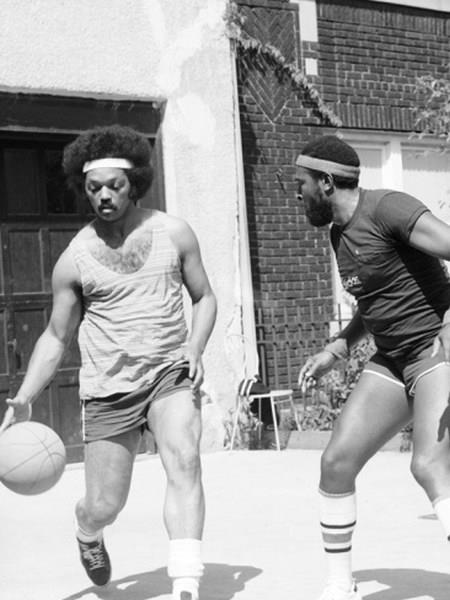 Jamelle once posited that the moment of peak blackness occurred when James Brown brought Michael Jackson onstage to perform with him and Jackson in turn invited Prince up to join in.1

I’d argue, though, that this is a close second.

Some esteemed black theoreticians believe that there are conceptual scenarios that might out-black this moment, although the most obvious one, in which Mahalia Jackson freestyles with Fannie Lou Hamer as her hypewoman at Tuskegee University’s homecoming concert, faces some obvious practical obstacles.

1That this moment isn’t taught in part of our history curricula is one of the great shames of the American education system.