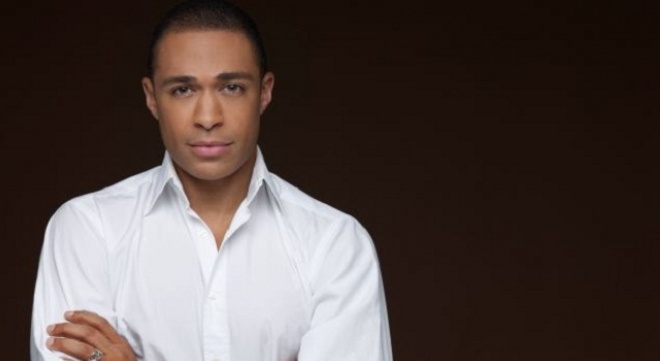 After posting poor ratings, B.E.T.  announced earlier this week that it was “expanding” T.J. Holmes‘ half-hour, late-night talk show, Don’t Sleep with T.J. Holmes, into a once-a-week, hour-long affair because of “viewer demand.” (Some quality snark from the Washington Post: “We’re not much at math, but as best we can figure, that’s an expansion from two hours a week, to one hour a week.”)

I’d never seen it, so I’d asked a smart news/TV junkie friend who had just what she thought of it.

“It’s the worst show on TV,” she said matter-of-factly.

Some quick Googling yielded a clip from Don’t Sleep in which Holmes was doing a spoken-word routine about a news item on a hanged effigy of Obama — a situation that caused me to wonder if my friend hadn’t dangerously understated the gravity of the situation.

The good news is that the episodes I peeped afterwards, while still decidedly ungood, never reached that same level of soul-crushing fremdscham. But the early episodes clearly didn’t know what they wanted to be. Debra Lee, BET’s C.E.O., said it was “designed to be a mix of entertainment and news and commentary” and that they “hoped it would have been a Jon Stewart, Stephen Colbert-type show.” But  if that were the goal, why hire a competent, straight-laced anchorman like Holmes? He gamely tries to deliver the show’s monologue, but doesn’t have the chops to salvage the pretty anemic material he has to work with. That’s not his fault, really. It’s just not his bag. (A  friend who was a guest on the show confirmed to me that Sleep sweetens the audience’s response with a laugh track in post-production.)

Holmes is amiable and likable, but he isn’t the most agile interviewer, and he leaves important, obvious follow-up questions on the table in favor of  digressive concern-trolling. On their Election Night episode, he belabored an odd point about whether black people would blame an Obama loss on some grand conspiracy. Marc Lamont Hill, who was one of the guests, quickly pointed out to Holmes that, you know, voter suppression is an actual, real thing that is happening in the world right now. (Remember: Just because you’re paranoid doesn’t mean they’re not out to get you.)

In another conversation with Montell Williams about legalizing medicinal marijuana, Holmes tried to play  Devil’s advocate by arguing that weed shouldn’t be legal because it’s classified as a drug, as if he was trying to kill any doubts from viewers that he’d not thought too hard about the topic. Williams  rejoinder was the obvious one: alcohol is a drug, and that’s legal.

Later he asked his panelists, pointedly: “What will our communities look like if we just smoked weed all day?”

The Williams exchange highlighted just how desperately Don’t Sleep  needs smart, capable dissenting voices. The show more or less openly roots for Obama, which isn’t that big a deal; B.E.T. knows its audience. But the pre-election episodes featured  a bunch of interchangeable be-permed and be-pearled Romney supporters who said everything you expected and nothing more. And having on Rev. Jesse Lee Peterson — a nutjob who thinks young black folks could learn better work ethic by toiling on plantations without pay — means that any try at a serious conversation will be derailed by crazypants. Otherwise it’s a yes-fest, which makes for boring television.

The first foray into the  hour-long format was much better: ironically, more focused with much less filler. The show also seemed to have turned down the volume on its penchant for preachiness and condescension.  Plenty of talk shows get their pedant on, of course. But there’s something a little frustrating about being lectured to by  T.J. Holmes and B.E.T. — B.E.T.! —like they’ve earned the right to be taken seriously.