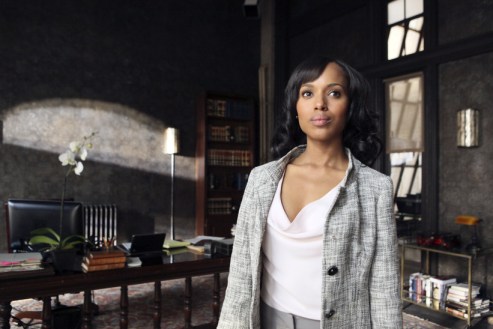 Congratulations, America: this Petraeus mess has now officially morphed into an episode of Scandal.  Jill Kelley, the Florida woman who kicked off the federal investigation part of this sordidness when she reported to the FBI that she was being harassed by Paula Broadwell, the biographer with whom Petraeus was having an extramarital affair —got all that? — has enlisted the services of Judy Smith, the D.C.-based “fixer” upon whom Kerry Washington‘s Olivia Pope is based. (Smith is also Scandal‘s executive producer.)

In short order, news outlets began reporting that Ms. Kelley — contrary to what some early reports suggested — did not have an affair with General Petraeus. Although that bit of information is not directly tied to a statement from the crisis firm or to Ms. Kelley’s communications strategy, it’s a key detail that Ms. Kelley likely wanted to make public.

The person advising her has been at the center of a fair share of crises, to be sure. Judy Smith joined the White House in 1991, appointed as special assistant and deputy press secretary to President George H. W. Bush. She’s parlayed that experience into being an adviser on a string of high-profile government, celebrity and corporate crises.

So far, this mess has involved two Republican congressman, another four-star general engaging in his own extramarital affair, and the FBI director who was investigating the CIA director for…well, who knows, really?