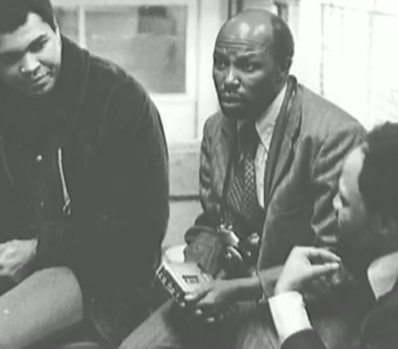 This was a guy who had done it all, from hanging out with Muhammad Ali while shooting Rumble in the Jungle (before turning down an offer to be Ali’s personal photographer) to capturing Oliver Tambo ringside at a boxing match and then later at his treason trial in 1954.

He was particularly close to Nelson Mandela. He became Mandela’s de facto official photographer when Nelson was in jail, chronicling the lives of his wife Winnie and the children Madiba could not watch grow up. “There were very few people with cameras but thank God we captured many events that have recorded the history of both the struggle and the peace and democracy,” said Bra Alf.

“Taking the size of the population into account, few countries have been blessed with so many good — even great — photographers,” Mason writes. “Nowhere on earth has photography mattered more. Kumalo was one the the best and most important of them all.”