Home » Browse PostBourgie » It’s Only Identity Politics When ‘They’ Do It, Ctd.

It’s Only Identity Politics When ‘They’ Do It, Ctd. 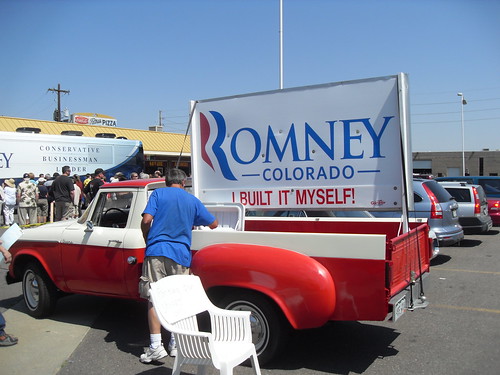 As if on cue, Known White Guys Mike Allen and Jim VandeHei of Politico prove my points from earlier:

If President Barack Obama wins, he will be the popular choice of Hispanics, African-Americans, single women and highly educated urban whites. That’s what the polling has consistently shown in the final days of the campaign. It looks more likely than not that he will lose independents, and it’s possible he will get a lower percentage of white voters than George W. Bush got of Hispanic voters in 2000.

A broad mandate this is not.

So again: if Obama wins, everybody but white guys will have voted for him, which means he won’t have a broad mandate. If Mitt Romney wins, it will be because he only had the support of white guys, but that’s legit. (Keep up, people!) To their credit, Allen and VandeHei acknowledge that the demographic trends ain’t looking too pretty for the G.O.P., but they never suggest that squeaking by to win the White House with a coalition that looks like Salt Lake City might not represent broad electoral support, either.

Relatedly, Zaineb Mohammed and Deanna Pan of MoJo put together a handy, unintentionally funny, and very depressing (hilarisad?) timeline of disenfranchisement in the U.S. Different jurisdictions at various times have walled off the franchise from blacks, people who looked sorta black, women, Native Americans, people of Chinese descent, “idiots and the insane,” poor people, felons, Mexican-Americans and white dudes who didn’t own land1. So in suggesting that only white guys matter at the ballot, maybe Allen and Vandehei are just remembering that for most of U.S. history, that was actually true.

1The good news that (most of) those bans are now unconstitutional!