Home » Browse PostBourgie » Even ‘Steel Magnolias’ Can Wilt (or The Problem with Black Shelby).

Even ‘Steel Magnolias’ Can Wilt (or The Problem with Black Shelby). 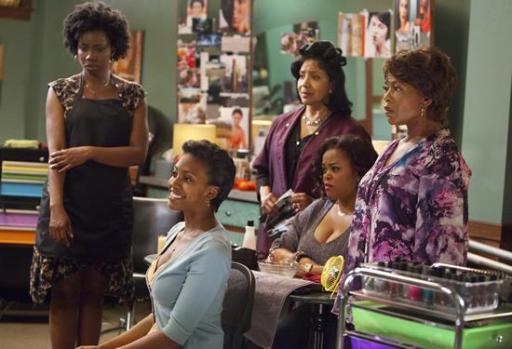 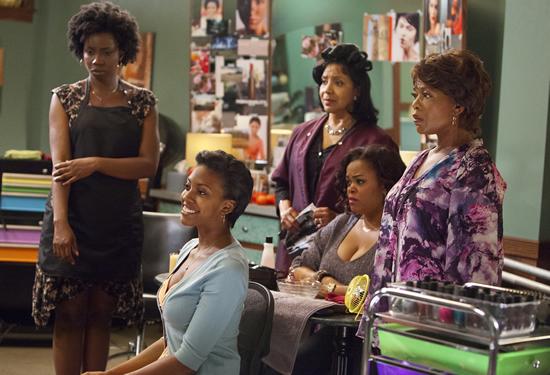 nt/uploads/2012/10/steel-30.jpeg”>Steel Magnolias, when I was nine years old. The soapy drama was one of the first grown-folks films my mom allowed me to watch. I loved it, even as it dropped me into a world I didn’t quite recognize. To my fourth-grade mind, the film’s Natchitoches, Louisiana setting was a parallel universe, in which well-to-do white women sauntered around spitting sass and grit and making claims like, “The only reason people are nice to me is because I have more money than God” and baking red velvet cakes shaped like armadillos.

They had a lot of time on their hands — too much time. And very little existed outside their own social whirl. When someone poor and downtrodden somehow begged entrance into their tight-knit sphere of influence, they made a great show of being charitable while making clear the obvious class differences between themselves — business owners, rich widows, and society wives — and the unfortunate soul whose “husband” runs off with what little money she’d squirreled away in her paltry bank account.

In the Baltimore of my youth, women like M’Lynn, Ouiser, Truvy, and Clairee (the wealthy Southern wives and widows) were uncommon. But encountering anyone like Shelby, the Southern belle whose life and death served as the film’s emotional core, was all but unfathomable. Shelby, played by Julia Roberts, was a gale force wind: impetuous, strong, irrepressible and uncontrollable. Her most iconic scene is one of her earliest, in Truvy’s hair salon, where she’s being styled for her wedding to a rich and handsome beau who is intent on granting her every wish (and her wish list is considerable). Within minutes, she races through a series of emotional states and physical conditions: from spoiled, wistful, vulnerable, apoplectic, willful, apologetic, forlorn, and back to wistful. For the older women witnessing her, she represents a youth they fondly recall but do not wish to relive.

Julia Roberts had the particular challenge of portraying a girl who could easily be dismissed as petulant and unserious — the way many aristocratic and well-to-do deep South daughters are stereotyped– and elevating her to someone with whom audiences could deeply empathize. She nailed that.

The script helped, of course, by giving her a life-threatening illness (diabetes) and a deep desire to bear her own child, an act that drastically increases the likelihood of further health complications. Against the wishes of her doctor, her new husband, and her mother, M’Lynn, Shelby barrels toward her goal with a devil-may-care whimsy you have to admire. But it’s clear that the reason she can’t be deterred is because her life has been so insulated from consequence. She’s a woman who’s never had to cede any desire and she’s never had to live with an adverse consequence of getting something she wants.

In short: Shelby believes she’s immortal. Even as her post-birth health rapidly declines, she remains sunny and optimistic and confident in her choices. She’ll live. She’ll have everything: marriage, motherhood, and manageable health. When she slips into a coma, we’re almost surprised, even though it’s been inevitable since the film’s first frame.

In recreating Steel Magnolias with an all-black cast, director Kenny Leon has underestimated the one thing that made a character like Shelby work: unchecked entitlement. As sweet a girl as she may have been, the original Shelby hurtled through life with jet propulsion; she would not be denied. That kind of entitlement is difficult to recreate within a black community, especially in the deep South. Historically, unchecked entitlement was a luxury blacks couldn’t afford. Even in black families whose money, status, and property dated back for generations, the kind of privilege that allowed Shelby to imagine herself as untouchable- — even by death —just doesn’t quite translate.

As a result, Condola Rashad had a near-impossible task in attempting to recreate the Shelby of cinematic yore. Aside from the historical translation-loss, she also didn’t quite deliver the manic joy and sorrow Julia Roberts would eventually wield as her tickets to superstardom. Rashad earned a Tony nomination for her first-ever Broadway role and is a gifted performer in her own right. But like much of Leon’s ensemble, she seemed miscast. She’s just a more subdued performer — or at least, she gives a far too subdued performance here.

It’s unclear, however, whether the actresses’ performances were too flat overall or if the scene-for-scene adaptation was too on-the-nose for an all-black cast to credibly recreate. The plot of Steel Magnolias is firmly situated within a culture of white privilege. It’s true that the bonds between friends, mothers, and daughters, as well as the concepts of risk, grief, and loss, are universally understood. But our cultural experiences of and responses to them may differ. This was the biggest way in which last night’s Lifetime premiere fell short: it missed an opportunity to explore those differences. Instead, it left these gifted women to parrot the accents and affects of white belles and heiresses in ways that baffled audiences who expected something more.