Seven Tropes We Should Retire.

King Solomon wrote in the Book of Ecclesiastes that there’s nothing new under the sun, and that was circa 970 B.C., so you can imagine how recycled and overwarmed pretty much everything is now. As a pop culture connoisseur, I find Solomon’s screed particularly true of contemporary lit, film, and TV.

Take any show, flick, or recent read you’re raving about. If you think hard enough, you’ll find a 50-year-old premise it mirrors. Then take that source premise and trace it back another 50 years. It’s quite the tail-chaser.

But just because we’ve seen it all before doesn’t mean old premises can’t be improved. As you’ll likely assert about that new favorite of yours, innovation/inventiveness still exist and it goes a long way.

Even so, there are some storytelling tropes that even the best creative spin doctor should leave to die a dusty, abandoned death.

1. When glasses (or the removal of glasses) make our hero unrecognizable.

Whether it’s related to a superhero’s alter ego or a geek to chic romcom makeover, stop trying to convince actual adult audiences with GEDs and high school diplomas and so on that other actual adults can’t see what’s super-obvious: Clark Kent is Superman.

This often ties into the alter-ego thing. Look, the damsel is gonna be in distress whether she knows your secret identity or not. If you told her, she could help you keep it secret from the people who really don’t need to know it. Like COINTELPRO.

Now, if this were just limited to the mythos of superheroes, we could let it ride. But way, way too many plots try to convince audiences that the protagonist’s secret would be so life-shattering, if told, that worlds would disintegrate. It happens in romantic settings when lovers don’t disclose their past for fear their paramours will reject them. It happens when adoptive parents try to hide the truth of their kid’s true genetic identity. It happens when someone doesn’t want the people around them to know they’re rich because they want people to Like Them for Them. It happens with super spies and double agents.

And when it’s finally revealed, after going on so long, the audience is pretty ambivalent about who finds out (since we knew it all along), it’s always anti-climatic. Worlds rarely shatter. Romances are reinforced rather than ripped apart.

3. When a character bets that they can win someone’s affection (also known as the “But that was before I knew you” trope). 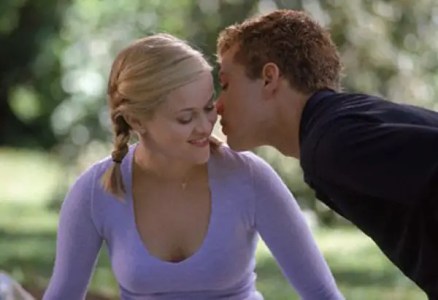 What would mainstream romantic comedies (and melodramas like Cruel Intentions, pictured above) do, without the “But that was before I knew you” trope? This one has really made the rounds. It finds its way into sitcoms, chick lit, young adult fiction, teen comedies, and traditional romantic comedies. “Yes,” one lead will say to another, after chasing him to an airport terminal or prom lobby or open court, “I did bet [insert simpering James Spaderesque antagonist here] that I could bag you.” Then, a meaningful step forward or a gaze lowered in contrition: “But that was before I knew you.”

My favorite contemporary use of this is also my favorite use of glasses to make our hero unrecognizable: She’s All That. You just have to appreciate the ridiculousness of everything about that movie to get this. No one could look less unaltered by the removal of glasses than Rachael Leigh Cook. And no one could be as unconvincing in his delivery of that pivotal, transformative line than Freddie Prinze, Jr.

4. When a character just happens to be a magical negro.

This one’s tricky. The term, “magical negro” is certainly overused these days. But then, so is this trope. A good rule of thumb for determining whether or not a black character is “magical” is to answer the following: is the black character a person or a plot device? In white films, black people tend to be best friends/coworkers or the Force That Alters Everything. See: Hancock. I Am Legend. I, Robot. Seven Pounds. And for non-Will Smith flicks: the easiest reference is, of course, The Green Mile.

Basically, if the black character’s existence is predicated on improving white folks’ lives (or, as in the case of I Am Legend, regenerating life altogether), then you’ve got yourself a magical negro.

I suspect that the magical negro emerged as either an overcompensation for or a counterpoint to the White Person “Saves” the Minorities trope. Either way, this one’s just as problematic as that one.

This predates Shakespeare, but he popularized it, and it never seems to go away. From 10 Things I Hate About You to Deliver Us From Eva, this trope is as sexist as it is ubiquitous. We’re supposed to believe that the uptight woman’s life will be greatly improved by the cruelty of a smarmy, condescending man. And there’s no irony. It’s always played straight, as if to say: it’s a fundamental fact of life that a woman’s temperament is far sunnier and more submissive, after the “right” guy gets her laid.

This one persists because people actually believe it. But if it must keep cropping up in popular culture, can we at least skewer it more often?

Ugh. There are few things I hate more than the bi-annual trotting out of this trope. From Pudd’nhead Wilson to Freaky Friday to My Mother Was Never a Kid to Like Father, Like Son to the soon-to-be-released buddy flick with Ryan Reynolds and Jason Bateman, this one should be retired for good. I’ve never seen it succeed at what it aims to do, which is, I guess, to serve as a cautionary tale? Something about being grateful for the life you have or walking a mile in someone’s shoes? Right. The moral’s as cliche as the method.

7. When characters are star-crossed lovers. 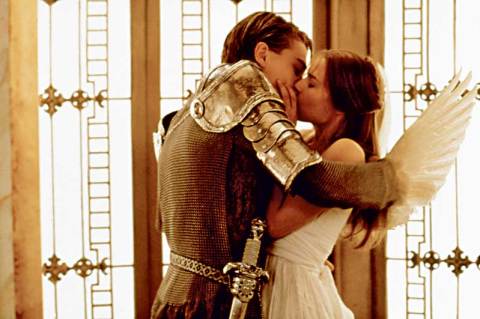 Get over yourselves–and your uber-controlling families. It’s not that hard. And, outside of Romeo and Juliet, the consequences are rarely death. So if you’re really ’bout it, stop angsting and moping and pining and just hook up already. Sheesh.