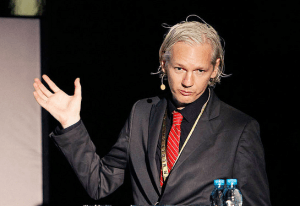 Such a woman should spirited and playful, of high intelligence, though not necessarily formally educated, have spunk, class & inner strength and be able to think strategically about the world and the people she cares about.

If you’re interested, it’d be best to act fast.

The man’s got a lot of admirers. And some very serious criminal charges.

Speaking of acting fast, let’s get into another week of randomness from across the innanets:

1. More seriously, James Fallows pays his respects to Richard Holbrooke, President Obama’s special envoy to Afghanistan and Pakistan. Holbrooke died Monday at the age of 69. The New Republic compiled a list of stories written about Holbrooke over the course of his career. (Blackink)

3. The incoming Congress looks to be really, really conservative. (Nicole)

4. The ranks of the black middle class are shrinking and falling behind their white counterparts.  Ever heard of downward mobility? (Blackink)

5. Inmates in Georgia used their contraband cellphones to organize a strike to push for better pay for their labor and better prison conditions. (Avon)

6. Even in Texas, the desire for the death penalty seems to have limits. (Blackink)

7. Are suicide bombers not fanatics but just, you know, suicidal? (Avon)

8. Ever think about where all the fancy minerals in your laptop and cell phone come from?  Chances are they’re hand dug in horrible conditions in the eastern Congo. (Nicole)

9. Geoffrey Canada, who has become famous  his creation of the Harlem Children’s Zone, was apparently in the running to become chancellor of NYC’s public schools, a position that has since gone to Cathie Black. (Avon)

10. Venezuelans have a thing for 1970’s American gas guzzlers. (Nicole)

11. Via Sociological Images: a map of the last U.S. slave census ever taken. (Avon)

12. “Unity” governments are not all they’re cracked up to be. (Nicole)

13. Remember Jack DeCoster and the salmonella-tainted eggs that were recalled by the millions this summer?  Well, turns out egg manufacturers had been asking for some mandatory rules for years, but thanks in part to a turf war between the FDA and USDA, the government never acted. (Nicole)

14. What happened to Randy Quaid? Vanity Fair has an amazing profile of the star and his wife, Evi, on how they’ve become fugitives from some shadowy group that murders famous people. (Shani)

19. In the end, Buzz Bissinger writes in his first sports column for The Daily Beast, the father of Heisman Trophy winner Cam Newton should be congratulated: “So Cecil (Newton) wanted a piece of the action before his son’s college career ended, and the family deserved a piece of action.” (Blackink)

20. Sports Business Journal releases its annual list of the 50 most influential figures in sports. (Blackink)

Merry Tuesday. If you’ve got an interesting link, comments, suggestions or want to know where to send my Christmas gift, that’s what the comments section is for.