Slipping Through the Cracks. 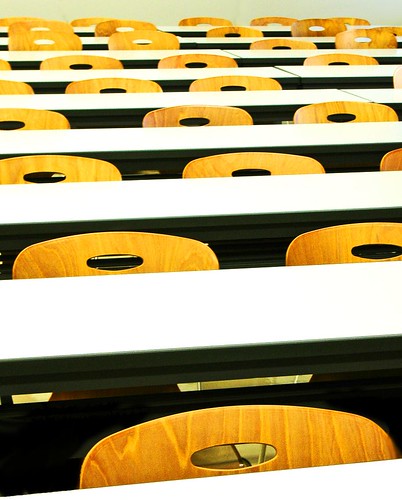 by tanakwho, via Creative Commons.

Last week, Arne Duncan met with leaders and faculty from HBCUs to touted the financial support the White House had thrown behind black colleges, but also to press them to improve their graduation rates, which lag behind those of non-HBCUs (a disparity that is particularly pronounced among men). My blogmate Shani, a Howard grad, bristled a bit at Duncan’s criticism, saying that the their populations come from more economically disadvantaged backgrounds, and the schools themselves have less money to spend on financial aid. “HBCUs can’t afford robust aid packages,” she tweeted.  “And black students (even middle class ones) often don’t have family wealth/equity to draw from.  I saw more than a few students drop out of Howard because they couldn’t afford to stay and the school couldn’t afford to keep them. It often had nothing to do with academic success. ”

This is a good point, and it’s a problem that HBCUs probably can only do so much to ameliorate (though you could  probably make the argument that higher graduation rates would produce a larger pool of  alumni who would be in position to give money back to their  respective alma maters). But it also touches on a subtle but significant obstacle to improving attrition rates at HBCUs that can be fixed: their notorious  financial aid staffs. Whenever I talk to friends who went to HBCUs  about their college experiences, they lament that their financial aid packages often remained in some kind of administrative purgatory for weeks or months —- scholarships or grants or loan checks would be misplaced or not applied —- all while being warned that they risked being dropped from their classes and kicked out of their dorms if their financial situations remained unresolved. The staff members, in these stories, are always short and dismissive and unhelpful — sometimes even openly hostile — and this is all taken as a given. Even years removed from all this, my friends tell these stories with anger in their voices. (The word “corrupt” gets thrown a lot in these recollections, but I’m not sure how much of that is hyperbole, or if they have some firsthand knowledge of other Morris Brown-type situations.) And these are people who are unabashedly proud of their schools and disinclined to speak ill of them.*

The most economically marginalized students are less equipped to navigate these minefields, to know which questions need asking and to whom, or to have relatives or mentors who have been there before and who can intercede on their behalf, to say nothing of the lack of social momentum to push them through. It’s hard to say how many students don’t finish college because of this, but there’s no reason why colleges can’t be more affirmative in trying get rid of these kinds of unnecessary roadblocks to graduation.

*I was teasing a friend about some shenanigans at Penn, where she received her J.D. and her Masters. “How do you feel about this, as a Quaker?” Her response: “Okay, first: I’m not a Quaker. I’m a Rattler…”