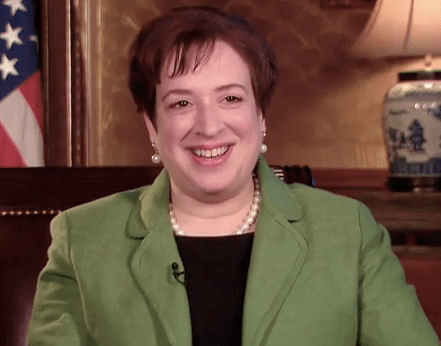 It’s hard not to see sexism in this obsession over Elana Kagan‘s sexuality. The White House has denied that Kagan is gay, but that’s not enough to counteract persistent rumors, perpetuated by those like Andrew Sullivan who believe that the role of bloggers is not to participate in traditional forms of reporting but to, instead, “think out loud.”

Women in powerful positions often have their sexuality questioned. It’s part and parcel of the stereotypes associated with gay women, masculinity, and what it takes to succeed in careers like politics or the law. But it’s also worth noting that, of the five women who have now been nominated to the Supreme Court, only the first two were married, and both to men who already had successful careers and supported their wives. The other three were unmarried or divorced, and it’s not just judges with stats like that. A Washington Post article earlier this year on the rise of female ambassadors noted how many sacrificed their marriages, to one degree or another, on their way to the tops of their careers.

It’s also worth considering how rare it is to find a man who rises to the top of his career and isn’t married. It could be that rumors about sexual orientation would be even more persistent for a man who makes it to middle age without a wife, and that, until fairly recently, the stigma was worse for gay men. It’s also possible, though, that it has something to do with the benefits that accrue to men in marriage and not to women. Men gain in matrimony, while women often lose. In that light, it’s not so surprising that women considered for the highest court made it there alone.