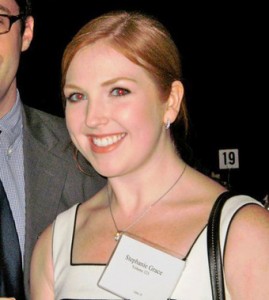 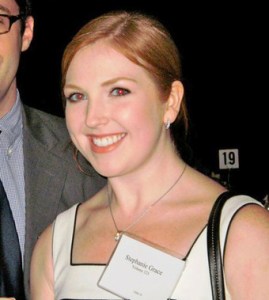 Jill FIlipovic has a fantastic post up about the blogosphere kerfuffle over a third-year Harvard Law student’s decision to show her ass and air some racist views in an e-mail to some of her peers. Apparently the student said similar things in an offline conversation, but decided to send out an e-mail to make sure no one missed her point.

… I just hate leaving things where I feel I misstated my position.

I absolutely do not rule out the possibility that African Americans are, on average, genetically predisposed to be less intelligent. I could also obviously be convinced that by controlling for the right variables, we would see that they are, in fact, as intelligent as white people under the same circumstances. The fact is, some things are genetic. African Americans tend to have darker skin. Irish people are more likely to have red hair. (Now on to the more controversial:) Women tend to perform less well in math due at least in part to prenatal levels of testosterone, which also account for variations in mathematics performance within genders. This suggests to me that some part of intelligence is genetic, just like identical twins raised apart tend to have very similar IQs and just like I think my babies will be geniuses and beautiful individuals whether I raise them or give them to an orphanage in Nigeria. I don’t think it is that controversial of an opinion to say I think it is at least possible that African Americans are less intelligent on a genetic level, and I didn’t mean to shy away from that opinion at dinner.

I also don’t think that there are no cultural differences or that cultural differences are not likely the most important sources of disparate test scores (statistically, the measurable ones like income do account for some raw differences). I would just like some scientific data to disprove the genetic position, and it is often hard given difficult to quantify cultural aspects. One example (courtesy of Randall Kennedy) is that some people, based on crime statistics, might think African Americans are genetically more likely to be violent, since income and other statistics cannot close the racial gap. In the slavery era, however, the stereotype was of a docile, childlike, African American, and they were, in fact, responsible for very little violence (which was why the handful of rebellions seriously shook white people up). Obviously group wide rates of violence could not fluctuate so dramatically in ten generations if the cause was genetic, and so although there are no quantifiable data currently available to “explain” away the racial discrepancy in violent crimes, it must be some nongenetic cultural shift. Of course, there are pro-genetic counterarguments, but if we assume we can control for all variables in the given time periods, the form of the argument is compelling.

In conclusion, I think it is bad science to disagree with a conclusion in your heart, and then try (unsuccessfully, so far at least) to find data that will confirm what you want to be true. Everyone wants someone to take 100 white infants and 100 African American ones and raise them in Disney utopia and prove once and for all that we are all equal on every dimension, or at least the really important ones like intelligence. I am merely not 100% convinced that this is the case.

Please don’t pull a Larry Summers on me,
CRIMSON DNA

“CRIMSON DNA” has since been revealed to be Stephanie Grace, who works on the Harvard Law Review, and who has lined up a cushy gig as a clerk for a judge on the Ninth Circuit. The Above the Law blog and many of its commenters seemed chagrined that Grace’s name was made public, possibly jeopardizing her job, and that the story has become so controversial. (Grace has since taken to scrubbing herself from the Internet. Or tried to, anyway.)

Here at ATL, we’re actually very pleased by the frank and robust discussion that this email controversy has sparked. But we — okay, I’m shifting to “I,” since your three ATL editors have rather divergent views on this episode — actually wish that DNA’s email wasn’t so controversial.

In an academic setting, it should be possible to put any proposition on the table for debate. No position should lie beyond the pale. Some — in fact, many — such positions will be stupid or wrong. But we should be able to debate all issues rationally, vigorously and openly, without having to worry about offending anyone.

Let’s look back on Kash’s original post, which was entitled Harvard Law School 3L’s Racist Email Goes National. I wanted to put the word “racist” in the headline in quotation marks — but since it was Kash’s post, I deferred to her. (In the post you’re now reading, which has my byline, you’ll notice that I’ve placed “racist” in quotes.)

Why did I want to put “racist” in scare-quotes? First, I wasn’t sure the email was actually “racist.” …

Second, in an academic environment, it’s not helpful to respond to ideas — even bad ones — by throwing around “-ist” labels: e.g., racist, sexist, Fascist. Instead of calling your opponents names, like “racist” or “sexist” or “homophobe,” you should respond to arguments you don’t like with better arguments, accompanied by evidence.

Rational debate. Isn’t that what free speech and academic discourse — and, incidentally, the practice of law — are all about?

This is frustratingly stupid. Saying black people are genetically predisposed to be of lesser intelligence than white people is quite literally the definition of racist.  (Let’s point out that this idea isn’t held by many mainstream scientists; it is however, held by and trumpeted by…racists.)  And as Jill says, Grace’s right to free speech doesn’t mean there are no consequences from the things she says, nor should “rational debate” mean protection from calling bigoted things bigoted.

Above the Law refers to Stephanie Grace as “CRIMSON DNA” rather than naming her. I got her name from Jezebel, and from a variety of non-blogger contacts. Above the Law seems primarily concerned with the repercussions for Stephanie — that she could lose her prestigious clerkship in the Ninth Circuit, or that, I don’t know, it might make her sad that her racist remarks are coming back to bite her. They refer to the use of her real name as “troubling.” They say that what set this all off wasn’t a racist email but a “catfight.”

I do not share their concerns. I thought about whether to use her name, but after Gawker and Jezebel made it public it was less of an issue — they do have several times the traffic that we have, after all, and it just seems pointless to maintain her anonymity when her name is already on those sites and others, including, now, Above the Law.

But also, law clerks, lawyers, and judges all have real power. As a clerk, Stephanie Grace is going to be interpreting the law and helping to craft decisions that impact not only the individuals involved in the case, but wide swaths of the population. She will, most likely, at some point have to write about civil rights and race issues. Her judge absolutely should know that she believes black people are genetically inferior before he relies on her to interpret and apply the law.

Stephanie Grace sent out an email suggesting that black people are genetically intellectually inferior to white people. That is not a new point; it is not a point that should have to be rationally debated anymore, any more than we would rationally debate whether or not the Earth is flat. If a PhD candidate in a science program suggested that the sun revolved around the Earth, I can just about guarantee that there would be no calls for rational debate on the issue — whoever she said it to would roll their eyes and label her a complete jackass. If she sent out an email screed about it, it would probably be forwarded for laughs and for shared outrage at how a person this ridiculous could have gotten into this academic program and institution. It would not be defended under the pretense of free speech or academic freedom or “Isn’t this program all about rational scientific discourse, you guys?”

We’ve gotten to the point in our racial discourse where indisputably racist shit can no longer be called racist because it may offend or have other negative repercussions for some person in a position of privilege. You won’t hear any of Stephanie Grace’s army of defenders — many of whom, of course, share her privilege and are invested in perpetuating it — calling out actual racism. They will, however, stomp and moan if someone suggests that they might have done something racist or that they’re apologizing for racism.

This also isn’t how it works. Not being racist is not some default starting position. You don’t simply get to say you’re not a racist; not being racist — or a sexist or a homophobe — is a constant, arduous process of unlearning, of being uncomfortable, of eating crow and being humbled and re-evaluating. It’s probably hard to start that process if you’ve been told that every thought you have is golden and should be given voice, and that people who are offended by what you say are hypersensitive, irrational simpletons.